Fresno County Sheriff's deputy charged with the battery of his girlfriend 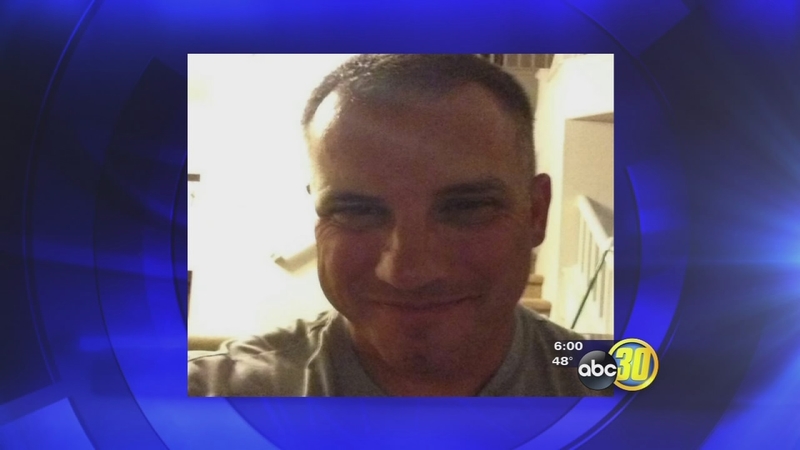 FRESNO, Calif. (KFSN) -- A sheriff's deputy recognized as a hero in the line of duty, now accused of criminal violence against a fellow deputy.

"They both work together so I think the victim felt it was appropriate to go and let her superiors know about it and then that started the investigation," said Lt. Joe Gomez of the Fresno Police Department, which investigated the incident.

Police arrested Fresno County sheriff's Sgt. Mark Eaton Monday on misdemeanor domestic violence charges. He's now on paid leave. Five years ago, Eaton was a hero. He was on the team serving a warrant when a suspect opened fire and killed deputy Joel Wahlenmaier, and later, Reedley police officer Javier Bejar. Eaton earned a Medal of Valor from the governor for his bravery. But in 2015, he stands accused of an act of cowardice against his girlfriend. "The victim wanted the suspect to leave," Lt. Gomez said. "He didn't want to leave. And near the front door of the residence, he had grabbed her face, her nose and squeezed pretty hard and pushed her back."

Fresno police say Eaton also squeezed the woman's neck, and then made persistent, unwanted contact with his victim for a couple months. We're not identifying her, but she's also a sheriff's deputy and she reported what happened two months after the alleged attack.

Although the case is wrapped in a veil of confidentiality because the participants are in law enforcement, Action News has also learned there was a witness to the incident who is in law enforcement. And the alleged victim got a restraining order against Eaton, which could affect his job. "Once that protective order is issued, that person is not supposed to have access to guns or possess guns in any manner," said ABC30 legal analyst Tony Capozzi.

Capozzi said domestic violence cases are usually taken very seriously, especially since the O.J. Simpson case. But when they involve law enforcement, it's even more serious, as the 1978 murder of Marjaree Mason by a sheriff's deputy proved. "When it comes to a law enforcement official who has access to guns, who possesses a gun, I think domestic violence cases need to be looked at and scrutinized much more carefully," Capozzi said.

In this case, prosecutors charged Eaton with battery and another misdemeanor. He wouldn't face more than a year in jail, but Capozzi said a battery conviction could result in a 10-year ban on possessing weapons, which would put Eaton's career in jeopardy.