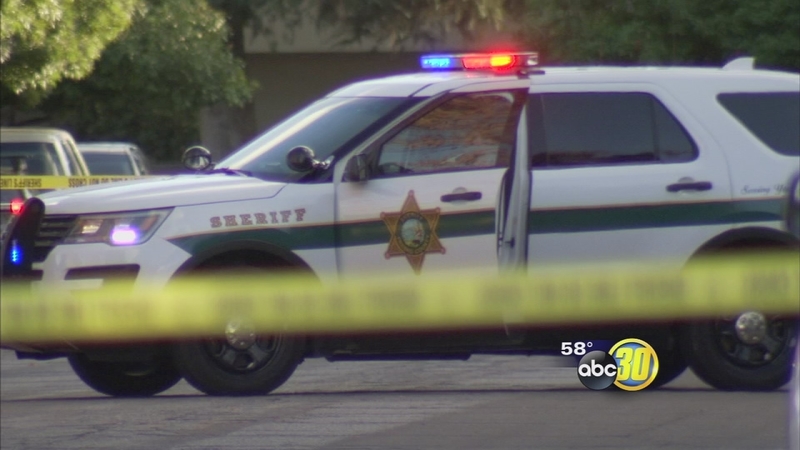 @FresnoSheriff deputy accidentally shot, passes away. Detectives investigating how the gun that shot him was accidentally discharged. pic.twitter.com/tfnan93VbV

Authorities said a gun accidentally went off at a business park near Clinton and Winery Avenues around 3:45 p.m., wounding the deputy. The typically quiet business park turned solemn as deputies swarmed the scene, trying to piece together a shooting that killed one of their own.

After pulling up to a building in east-central Fresno, authorities learned a deputy had been shot when a gun accidentally discharged. The victim was rushed to Community Regional Medical Center and died shortly after.

While detectives tried to figure out what happened at the business park, a massive showing of officers turned up at CRMC. Cruisers lined the street and more than a dozen deputies stood outside.

Authorities said a gun accidentally went off in an office near Clinton and Winery Avenues around 3:45 p.m., wounding a deputy.

Hours later, a huge procession of law enforcement escorted the hearse carrying that deputy. The line of cars that followed their fallen brother was dozens of cars long and eventually made its way to the coroner's office in southwest Fresno County.

#BREAKING: Action News has learned the Fresno Co Deputy died from an accidental shooting. Procession about to start pic.twitter.com/mzZcs3CNFO

But even before the procession, there were many officers from the Fresno Police Department, the California Highway Patrol, the Fresno Fire Department and the sheriff's office who stood by to support the family and each other.