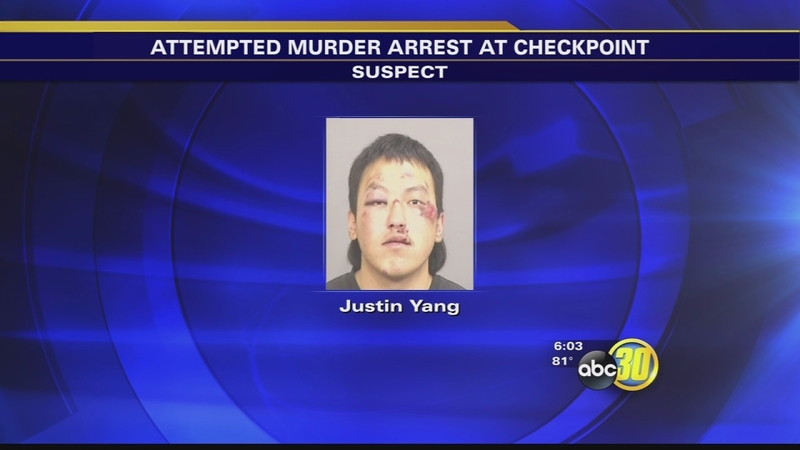 FRESNO, Calif. (KFSN) -- Fresno police say they caught an attempted murder suspect after he tried to avoid a DUI checkpoint on Saturday night.

Justin Yang was booked into the Fresno County Jail on several charges. Officers say the 20-year-old was injured when he jumped out of a moving van and fell down. It happened just after 10:30 p.m.

Police were holding a DUI checkpoint at Jensen and Cherry avenues in Southwest Fresno, when a white Ford van failed to stop. They say Yang was in the passenger seat, and they caught him nearby when he tried to make a run for it. He also had a loaded handgun in his pocket. Authorities say he was wanted for a shooting that happened a year and a half ago.

Police did not find the van or the person driving it.