FRESNO, Calif. (KFSN) -- A local hero reunited with the man he rescued and he's still offering to help days after pulling off an amazing rescue from a raging apartment fire in Fresno.

Everyone involved is grateful that no one was hurt, or even worse, when the apartment caught fire Saturday morning.

The hero, Thomas Artiaga, and the man he rescued, Robert Wells, and the rest of his family are grateful to reunite. They hope to encourage others to help someone in need.

"I'm glad you was there," Wells said to Artiaga. "I don't know where you were coming from or what, but I'm glad."

This is the second time Artiaga met Wells, at the hotel he's staying at with his family after their home burned down. 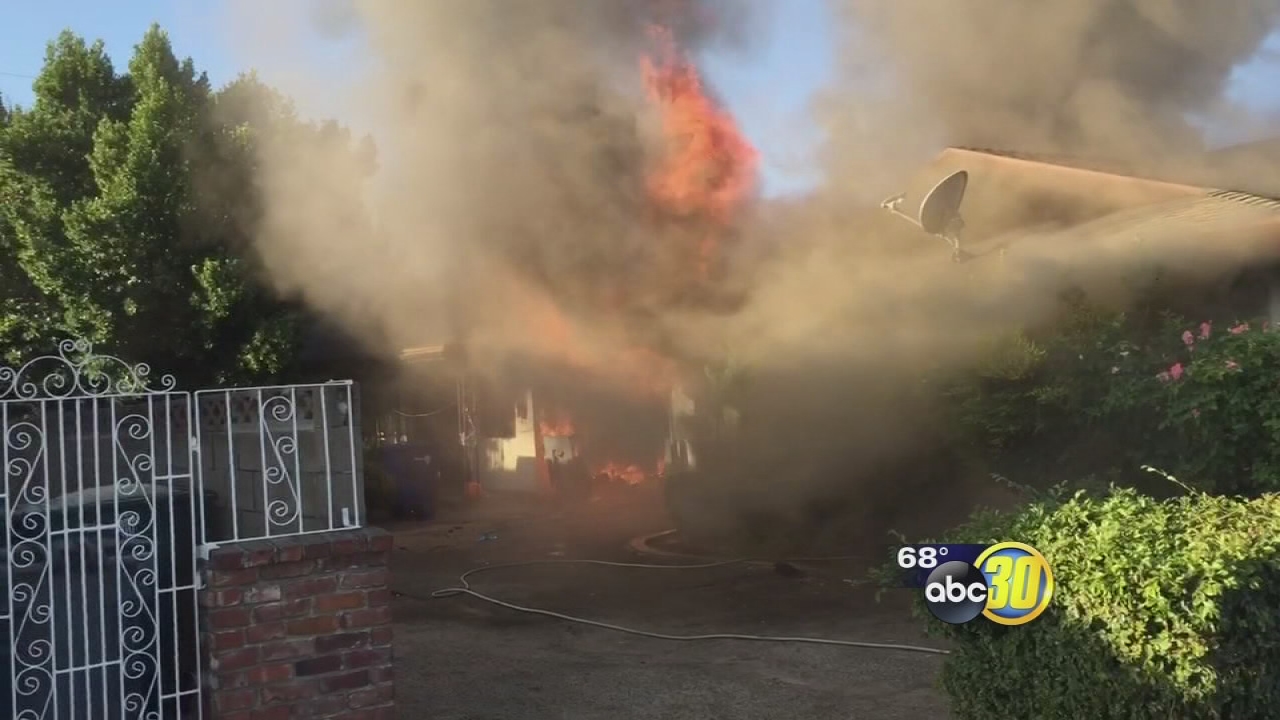 RAW VIDEO: Fire hits Central Fresno home
An Action News viewer shot this cellphone video of a burning home in Central Fresno. The video shows a father being rescued from the home.

Artiaga was caught on camera running with Wells on his shoulder as flames tear through the two-unit apartment building Saturday. A slow-moving Wells was stuck in his backyard. Flames and smoke surrounding his escape, at least until Artiaga and three other men rushed in to help.

"I guess I wasn't going fast enough for you," Wells joked. "No, I seen you by the fence and seen you couldn't walk that good," Artiaga replied. "My first reaction was grab you and pick you up."

Earlier in the day Artiaga visited the fire scene. "It's crazy," he reflected. "I felt the heat when I was right here."

He remains humble about the experience, saying he wasn't acting bravely or even courageously. He just acted. "It was just an instinct, you know," he said. "Instinct, you see someone and help out people."

"He's one of those Good Samaritans that's hard to find anymore," Wells said.

Wells lived in the apartment with his family, four generations under one roof. His daughter, Denise, his granddaughter and great-grandson escaped before him. Denise was screaming for help when Artiaga was driving by.

"He heard that and he just did it," Francis said. "I'm real thankful for Thomas."

And after all that, Artiaga is still offering the Wells family help. And they need it since they say they lost everything in this fire.

If you would like to help the Wells family, you can make a donation at any Wells Fargo branch. The account number is 5272650853.