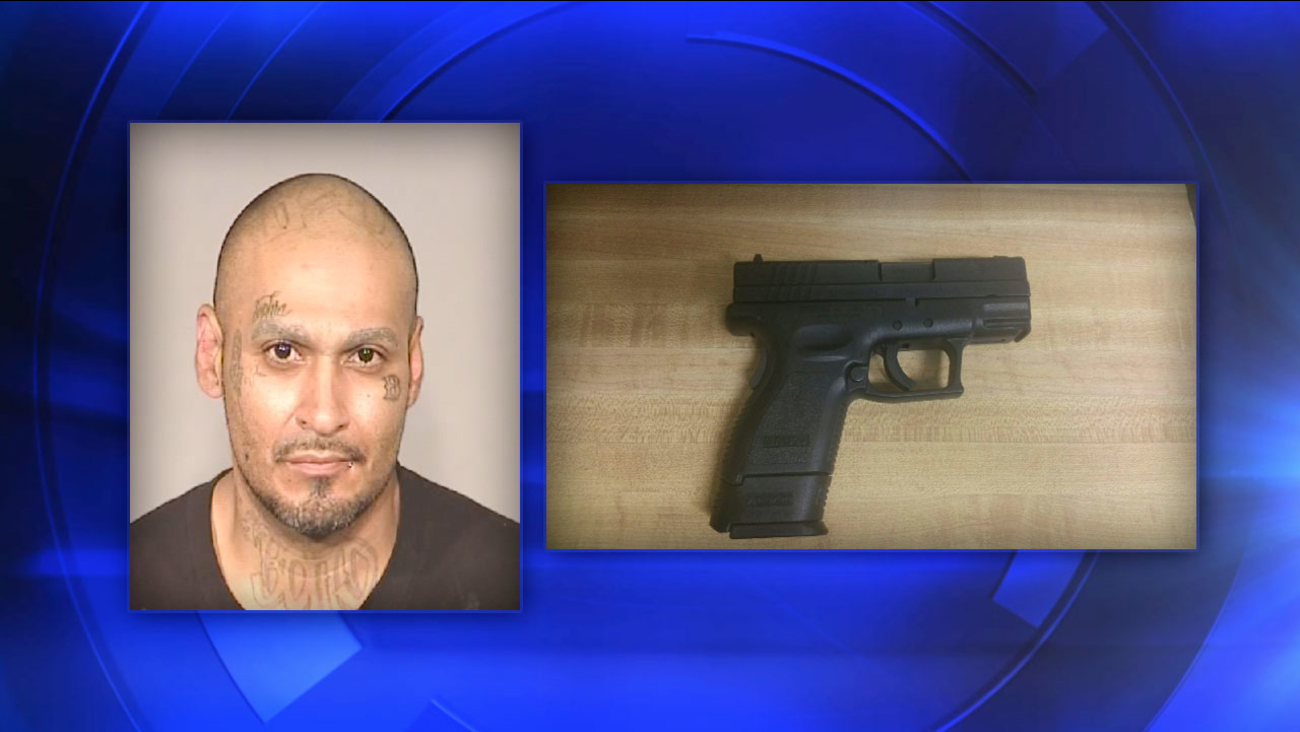 FRESNO, Calif. (KFSN) -- Fresno Police say a gang member is facing charges for fighting with officers after he was pulled over in Central Fresno.

Police say 36-year-old Hector Diaz was a passenger in car that was pulled over in a traffic stop Wednesday night. Investigators say he admitted to having meth, and even handed a baggie of meth to officers. But when police tried to get Diaz out of the vehicle, he became uncooperative and a struggle started. Officers say he then tried to pull a gun from his waistband while they were attempting to put him in handcuffs.

Officers said the gun dropped and they were eventually able to place Diaz into custody.