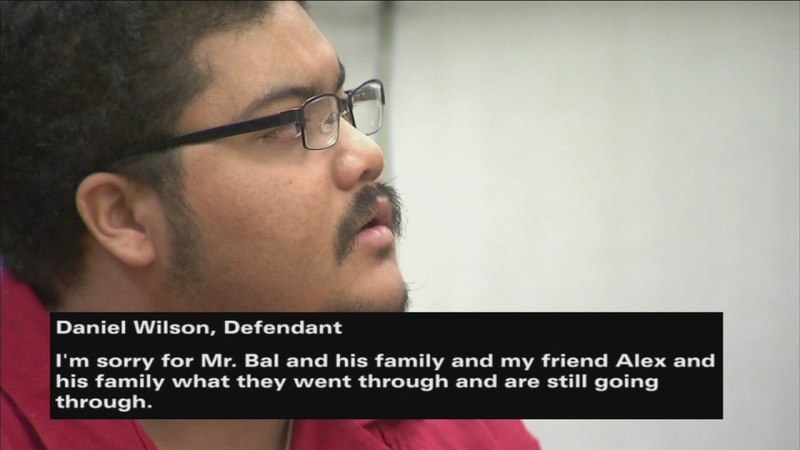 FRESNO, California (KFSN) -- A Fresno man found guilty of a hate crime against a Sikh man will spend four years in prison.

The victim was not in court Friday during Daniel Wilson's sentencing. Amrik Singh Bal, 68, suffered a broken collar bone and other cuts and bruises when he was beaten and run over almost a year ago. Wilson's alleged accomplice took his own life earlier this year, and now Wilson will spend several years in prison.

Wilson expressed some remorse in court before he was sentenced to the mid-term of four years in prison for his involvement in a brutal attack on a Sikh man who was on his way to work as a farm laborer.

Bal is the victim who was hospitalized with serious injuries after he was also run over and left in the street for six minutes until he was discovered. The alleged accomplice Alexis Mendoza died earlier this year after committing suicide.

On Friday in court, Wilson's mother said her son is a great person who had a positive upbringing.

"He's always maintained a very healthy lifestyle," Sylvia Wilson said. "We always tried to give my son the best values that I can give him and always tell him to do the right thing, never to lie."

Wilson faced a maximum of eight years in prison, but his defense attorney pleaded for probation saying he has no criminal history and is not a threat to the community.

The judge acknowledged Wilson's impeccable history but said he had to weigh the circumstances of the crime as well.

"This case is a horrible combination," judge Jonathan Conklin said. "And, unfortunately, the combination fell upon you of alcohol, bigotry and small-mindedness, that's all it was."

Deputy district attorney Tim Donovan reminded the court that the words from Wilson were what made this crime even more hateful. He is alleged to have said, 'ISIS, terrorist, let's go get him.'"

"I think the message today is that if you commit a hate crime, you should go to prison and you will go to prison," he said. "The only question is how long."