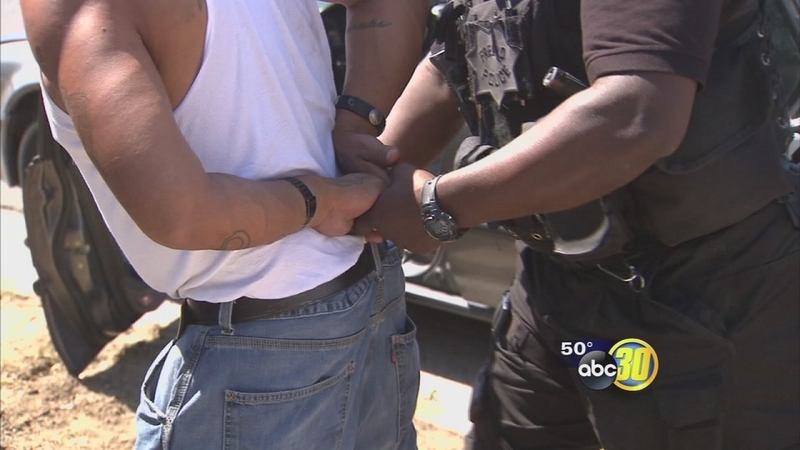 FRESNO, Calif. (KFSN) -- Police have been working non-stop since Monday in northwest Fresno to get a handle on crimes and violence that have plagued the area.

Prior to Monday, there's been a 39-percent increase in violent crime in northwest Fresno. Police said gangs are behind many of the aggravated assaults, shootings, and robberies. Police Chief Jerry Dyer said his department has seen enough. "We are literally, from early morning to late at night, making sure we have a strong presence in these neighborhoods."

Since Monday, 75 police officers from all divisions within the police department have been on patrol in the northwest. So far, they've arrested 30 people for a variety of charges including robberies, carjacking's, parole warrants, auto thefts, assault with a deadly weapon, and probation violations. Residents say it's a welcome relief in light of recent events. "Down the street there was someone attacked with a knife," said Debby Florendo, northwest Fresno resident.

Dyer cited the latest example, a shooting near Vassar and Glenn on Halloween night, two people shot, one of them killed. He says this operation is not like those in the past. "The difference in this operation than most is the fact that we are blending both the uniformed officers and the undercover officers."

Police are also focusing on the rise of auto burglaries. Officers say in the past 14 days there's been a 61-percent increase it has gone from 42 to 68 burglaries. People who live in northwest Fresno have grown wary and are worried. "I want them to do their job you know, because there's people out here, scared people like children and stuff and we need their help," said Florendo.
Related topics:
fresno northwestcrimegang violencefresnofresno police departmentcarjacking
Copyright © 2021 KFSN-TV. All Rights Reserved.
FRESNO