Fresno Police arrest 3 suspects in more than a dozen robberies, one suspect still at large 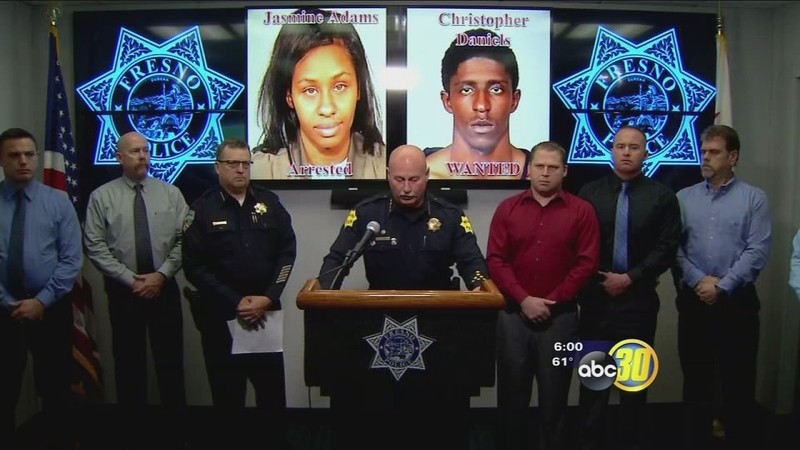 Kevin Robinson, Joshua Daniels, and Jasmine Adams all face multiple charges with the possibility of life in prison in connection to a string of robberies that targeted mainly Asian-American store owners in Southeast Fresno.

"The fact that so many of these individuals were Asians that were targeted-- I don't know if they believed there would be a language barrier between the police and them or that they would be easy targets and they all had a tendency to all have money with them," said Jerry Dyer, Fresno Police Chief.

According to Dyer, the crooks sought out small business owners who carried large amounts of cash and would follow them home with the intent to rob them.

Many of the victims owned jewelry stores along Kings Canyon Boulevard between Chestnut and Clovis Avenues.

"We have no doubt, based on our surveillance, that they were going out every single night and they were scouting locations and surveilling businesses along Kings Canyon and other locations," said Dyer.

The investigation found 14 robberies similar in nature dating back to June of this year and 21 victims.

Most of the evidence and stolen property was seized at a home in Southeast Fresno.

"Since we've arrested them the robbery series has ended so we believe we have the right people in custody, but again, this is an ongoing investigation because we know there are other individuals involved-- that were involved in the financial crimes aspect-- identity theft-- and we're working on those individuals as well," said Dyer.