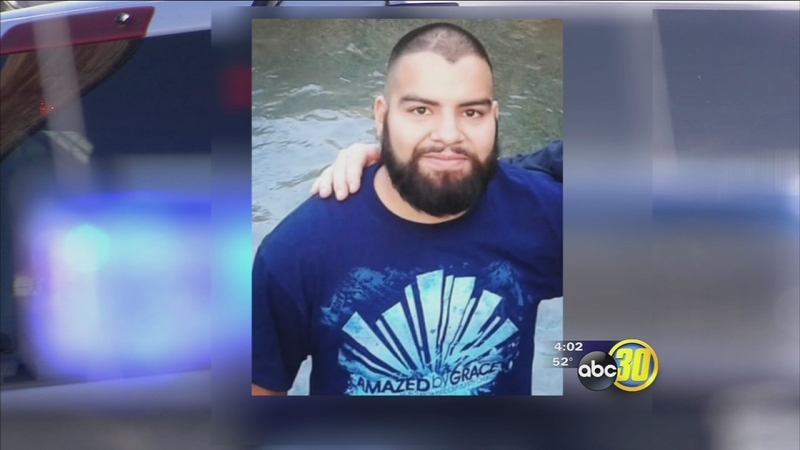 FRESNO, Calif. (KFSN) -- Fresno police are trying to figure out what led to the murder of a 23-year-old Fresno man on Christmas Eve.

Officers discovered the body of Richard Villanueva early Saturday morning on Highway 180 near Marks Avenue. Investigators have a real mystery on their hands as the victim did not have a criminal past and appears to have been a hard working man.

A roadside memorial marks the spot Fresno Police detectives believe Villanueva died after he could walk no more. Shell casings littered the highway and led officers to believe the homicide occurred near the spot where the victim was found.

Officers have some clues, but they still need to narrow down a time frame of when Villanueva was shot to death.

Monday morning, Richard's brother and best friend visited the crime scene to remember a man who many loved. They said they are still stunned by the unexpected shooting.

Officers won't say if the young victim was robbed or had any other obvious signs of a struggle, but detectives have learned one critical fact.

"We know that he had left his residence, but we're still trying to determine reasons for that, with whom," Madrigal said. "If he left by himself."

Investigators have a lot of questions that remain, including what led to the murder. Right now, they need the public's help to fill in the gaps and track down a suspect.