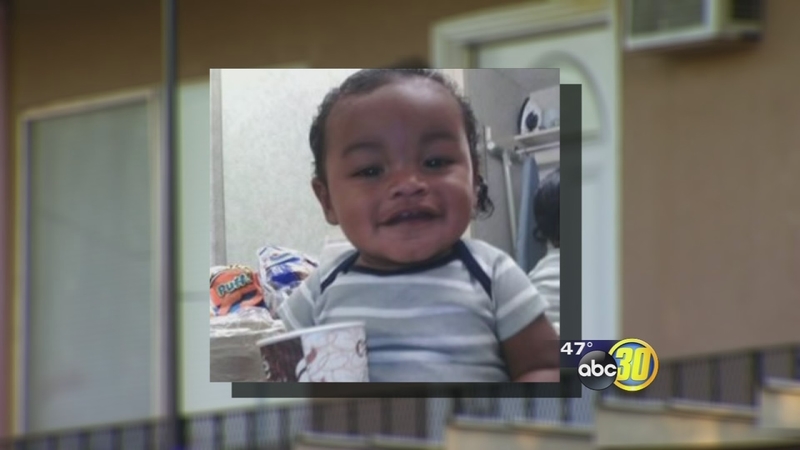 FRESNO, Calif. (KFSN) -- Apartment L is vacant now-- the blinds are down, the door is locked. But just two weeks ago a playful one-year-old boy and his family lived inside.

During a press conference, Dyer described an interview at Police headquarters saying, "It was during that time that there was, in fact, a confession, made by Kenneth Johnson, that he did punch the 14-month-old child in the stomach after being frustrated over the baby's constant crying inside the residence."


"This is just a shock to the neighborhood. Hopefully everybody heals from this," said Hollis Patrick-Johnson, neighbor.

Police said the mother's 20-year-old roommate was watching Luis that day. And Kenneth Johnson, the roommate's boyfriend, came over to visit. The two apparently had a history of domestic violence.

"There was a temporary restraining order, a 3 year restraining order, that had been issued by the courts that would prevent him from being in his girlfriends presents which happened to be the babysitter," said Chief Jerry Dyer, Fresno Police.

Johnson told police he snapped because the baby would not stop crying-- so he punched the child in the stomach, according to Chief Dyer.

Surveillance cameras caught him leaving the building around the time the babysitter called police.

"During that autopsy, it was determined there was internal trauma to the child," said Dyer.
Families living nearby said they often saw Johnson outside with the kids and he never came across as violent.

"When I seen him he's been a good man, he's been taking care of the kids, but I never expected anything like this to happen," said Patrick-Johnson.

Neither did the infant's mom, who, like many of these families, said trusting someone to look after their children will never be the same.

"Just a tragic sad situation what happened, you have to be on guard who you keep your kids and who you stay around," said Patrick-Johnson.

Johnson is being charged with murder. In the meantime, the baby's family is asking for donations to help pay for his funeral.