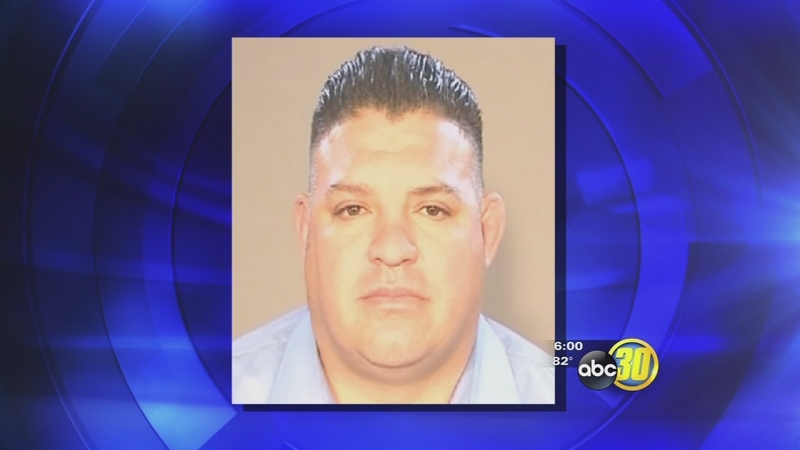 Jesse Ruelas bailed out of jail Thursday morning after his latest arrest. Ruelas built a life based on service. The 44-year-old is a military veteran who served in two wars, and for the last 19 years, he's been a Fresno police officer. But he found himself on the other side of the law this year, accused of child abuse.

A girl told detectives he struck her a few times while he was off duty. He was driving. She was in the back seat. Doctors diagnosed her with a mild concussion.

Ruelas was arrested and charged with a misdemeanor in July, and posed for his first mugshot. "It was at that time we placed him on administrative leave," said deputy Fresno police chief Robert Nevarez. "We took his gun, his badge, (and) his police officer powers."

Ruelas pleaded not guilty last week. Inside the courtroom, he was served with a criminal protective order saying he had to give up all his weapons. The California Department of Justice gave him a week before they got a search warrant to seize the registered weapons they believed he still had.

Ruelas posed for his second mugshot Wednesday night and ABC30 legal analyst Tony Capozzi says this one could cost him his job. "It could have a direct effect," he said. "Here he's violating a court order not to possess any guns and not only is he possessing guns, but evidently it's more than one gun."

Deputy chief Nevarez confirms an internal investigation will now expand to include the new charges. "He is still going to be on administrative leave and we are still moving forward with our administrative investigation which could lead to discipline up to and including termination," he said.

Capozzi says the weapons case shouldn't have any effect on the child abuse case, but it could lead to at least eight years in prison if Ruelas is convicted.

"Fresno Police Officer Jesse Ruelas was arrested last night, at his home in Clovis, by California Department of Justice Special Agents, as the result of a search warrant they had authored for his residence. The agents were there to search for firearms that had not been surrendered pursuant to a Criminal Protective Order served on him during an October 14th court hearing. Agents confiscated firearms and arrested him for violations stemming from their possession in violation of the protective order. He was booked into Fresno County Jail.

Ruelas was in court facing charges stemming from a child abuse allegation reported to the Fresno Police Department on May 22, 2015. This incident was investigated by the Fresno Police Department, with charges being filed by the District Attorney's Office. Ruelas was placed on administrative leave on July 31, 2015. At that time his Peace Officer powers were suspended and department issued firearm confiscated."