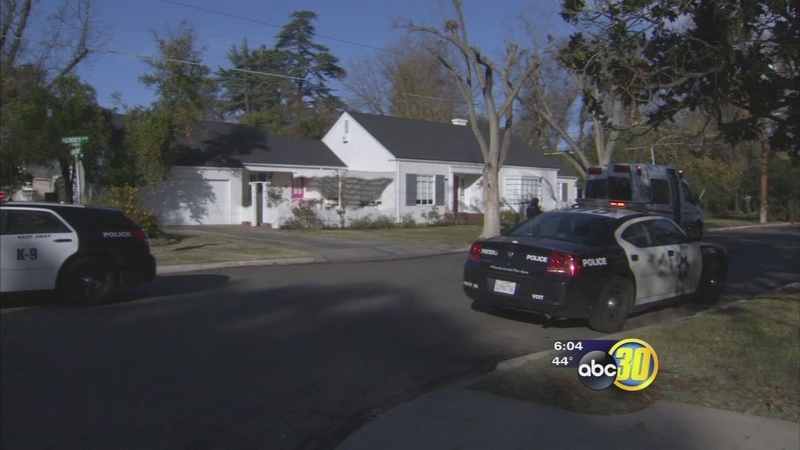 FRESNO, Calif. (KFSN) -- Fresno police are reporting an increase in a commonly seen holiday crime. Only this year some of the suspects aren't who they normally see.

Felipe Solis is feeling grateful this holiday. Thanks to Toys for Tots his children were able to have the Christmas they thought they had lost. On Sunday, their home was ransacked while they were out of town. All their Christmas gifts were stolen. "The damage they leave behind, especially for the homeowners, the mental damage for the kids, their peace of mind."

While police haven't arrested a suspect they did find a homeless man in the Solis family's backyard. A man who Solis now believes is the same person who broke into a Tower District home earlier this week while a 15-year-old girl was inside. In that case, officers arrested 32-year-old Juan Banda. "Same name. I mean, same story. In the story with this 15-year-old girl they said he was a homeless man just going into people's homes, and that's the same story he gave here," said Solis.

Fresno police said they've seen an increase in homeless people committing home burglaries. Most times they're stealing toiletries or items they can sell to get those basic necessities. "Things like toiletries, toothpaste, survival items are being taken, obviously by somebody who's on the street, so it is becoming an issue at least in the southwest policing district," said Lt. Joe Gomez, Fresno Police Department.

Solis is frustrated that despite finding what appears to be the same home burglary suspect in his backyard-- police didn't take him into custody. Instead, Banda was taken to a hospital for mental evaluation and released.

Fresno police are aware of the incidence and are investigating whether Banda is connected to both break-ins. "We're going to try and match him up and see if he was a suspect in that burglary," said Gomez.