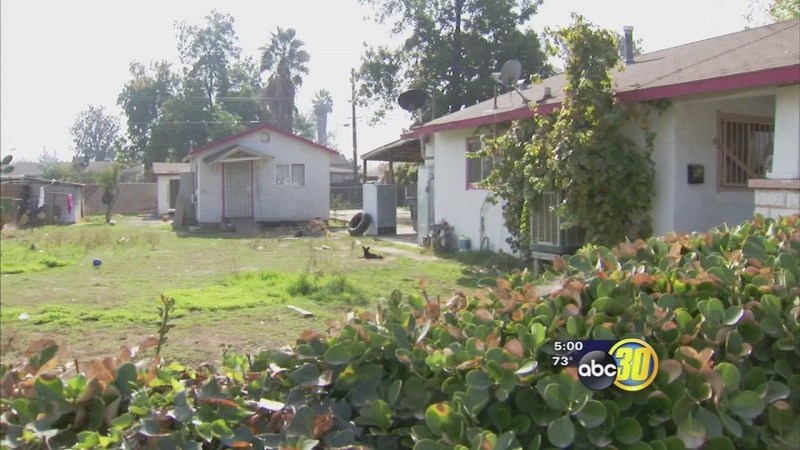 FRESNO, Calif. (KFSN) -- Investigators said a young child is the only witness to the brutal murder of his mother in Southwest Fresno on Sunday.

Detectives won't say how the woman was murdered, but her two-year-old child was with her and now police are now working to backtrack the victim's last 24 hours. Neighbors said Suzanne Nicole Noriega has just reunited with her boyfriend hours before she was found murdered Sunday afternoon.

Fresno police aren't saying who is at the center of their investigation, only that they have one person of interest.

"We're also looking at histories between the suspect that we're talking about related to the victim," Lt. Dave Madrigal with the Fresno Police Department said.

Investigators said the victim's young child was in the home but was unharmed when police found him.

"During the course and scope of the investigation, they also realized that there was a two-year-old child that was left behind in the residence, probably there when the crime was committed," Madrigal said.

Hours before the crime, neighbors say nothing seemed unusual. Inside the small home, they heard music blasting so they wouldn't have heard anything anyway.

They also said Noriega's boyfriend was washing his car Sunday morning and appeared friendly and normal. Those who know the couple say they had broken up recently before she came over this weekend. Police said Noriega did not live at the home and was only visiting.

Outside the crime scene Sunday, two concerned women were visibly upset. Neighbors said the missing man and person of interest has only lived in the home a short time. They said the couple had argued in the past but they heard nothing lately.