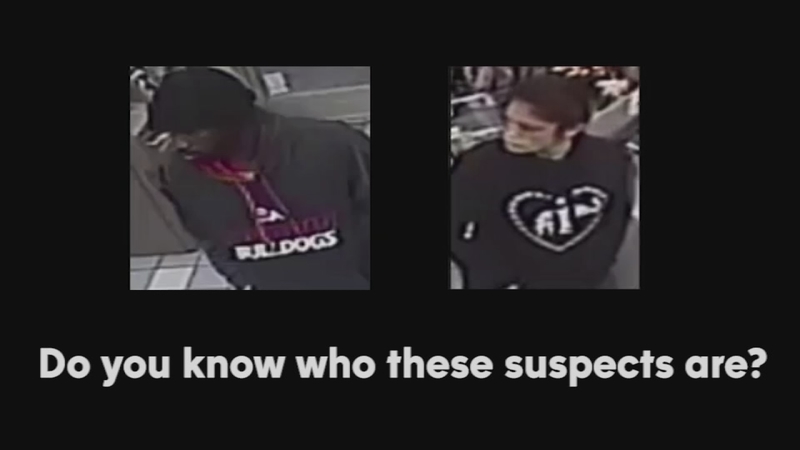 FRESNO, Calif. (KFSN) -- Police say a man and a woman used a gun to rob a Johnny Quick store on Polk and Herndon avenues in Northwest Fresno.

Around 1:30 a.m. on Monday, police say, the female suspect bought a lottery ticket, scratched it and turned it back to the clerk to see if it was a winner. As the clerk looked at the ticket, the male suspect pulled a gun on the clerk and demanded money, cigarettes and liquor.

The suspects were seen leaving the scene in a silver colored SUV. They reportedly drove north on Polk Avenue.

The female suspect was described as being in her late 20's to early 30's with a light complexion. She stands 5'3" to 5'5" and weighs approximately 120-140 pounds with black hair in a ponytail. She was last seen wearing a black sweater with a heart logo on the front, black sweat pants and black shoes.

The male suspect was described as being between 30 to 40 years old with a dark complexion. He stands 6'0" to 6'3" and weighed approximately 250-270 with a black colored beard. He was last seen wearing a black colored beanie, gray hooded sweatshirt with a bulldog emblem and "Bulldogs" written across the front, white pants and black shoes.