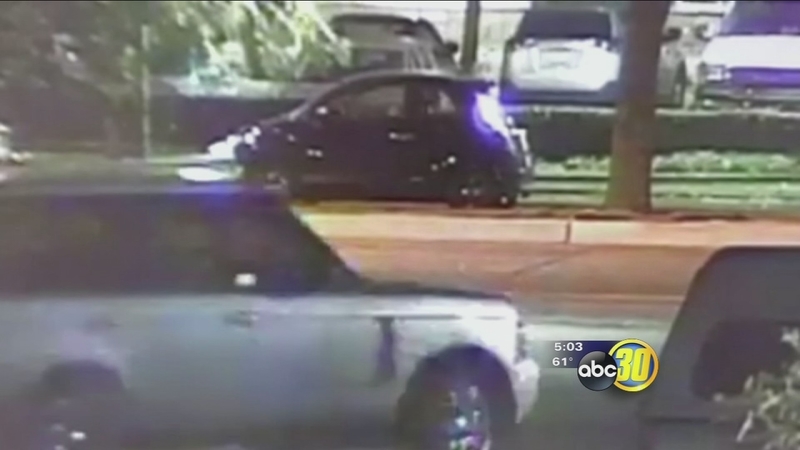 FRESNO, Calif. (KFSN) -- Monday night at the Islamic Cultural Center while guests were inside listening to a lecture a camera captured a video of a light-colored Range Rover, or Land Rover, pulling into the parking lot before someone broke into several cars to steal items.

Some feared it may have been a hate crime until they saw footage of a thief stepping out with a flashlight.

"I think it was just a crime of opportunity. Unfortunately it happened at a religious center where people were gathering for a politically charged event in a season that people are already feeling a lot anxiety," said Reza Nekumanesh, Center Director.

A property manager who saw the video posted on the Fresno Police Facebook page added his own video of what appears to be the same vehicle and suspect breaking into cars at a parking lot at Cedar and Champlain.

"Not at this point, but what we're really hoping for is help from the public. Somebody out there recognizes that vehicle, sees it coming and going in their neighborhood."

Sgt. Landon said not all of the victims reported the thefts but Nekumanesh said their guest speaker, author Medea Benjamin, was among the victims at the Islamic Cultural Center incident.

"Multiple boxes of books for her book tour had been taken including the money from her previous stops on the tour. All of her personal items. Somebody had a cell phone taken. Somebody had a computer taken."