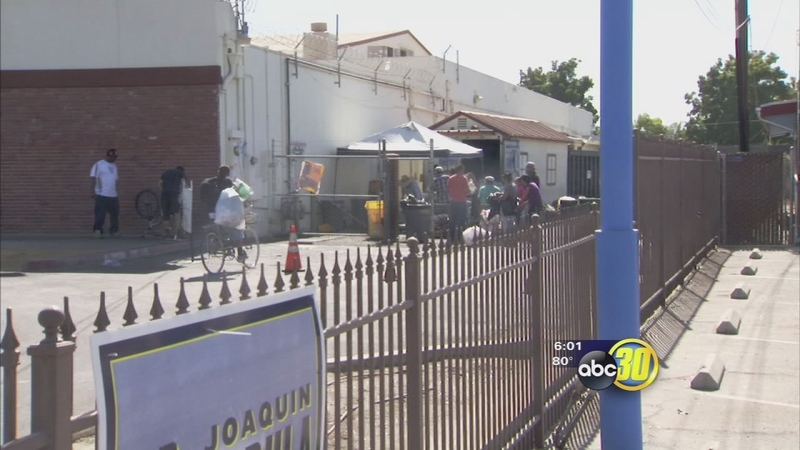 FRESNO, Calif. (KFSN) -- The US Department of Labor has been investigating wage violations at recycling centers around the state. A Fresno business has been caught up in the crackdown and has now been forced to issue checks for back pay.

Recycling centers draw a steady stream of customers bringing in plastic, glass, and aluminum. Buy Back Incorporated operates five recycling centers in Fresno-- most operate out of shipping containers. But an investigation revealed the owner of the company did not keep records on workers he described as "helpers."

The US Department of Labor said the company would hire farmworkers or homeless people but not pay them an hourly wage for sweeping up or separating recyclables.

Investigators said Buy Back inc. did not pay the state-mandated minimum wage to at least six employees.

"These are the workers that are not on the record, not on the payroll record. A lot of those employees were actually paid a daily rate or even with food or just a couple of dollars," said Nora Pedraza, Assistant District Director.

Pedraza said some workers were paid $40 for a full day's work.

We were unable to speak with company owner Ricardo Hernandez but Buy Back inc. was ordered to pay over $30,000 in damages and back pay to six workers-- most of them homeless.

"Workers that were just happy to earn anything without realizing that their rights were being violated," said Pedraza.

It appears to be a widespread practice. The Labor Department discovered wage violations at 77-percent of the recycling facilities investigated in Southern California.

"It seems to be everywhere and we are also going to be conducting investigations moving up through Northern California into the Sacramento area," said Pedraza.