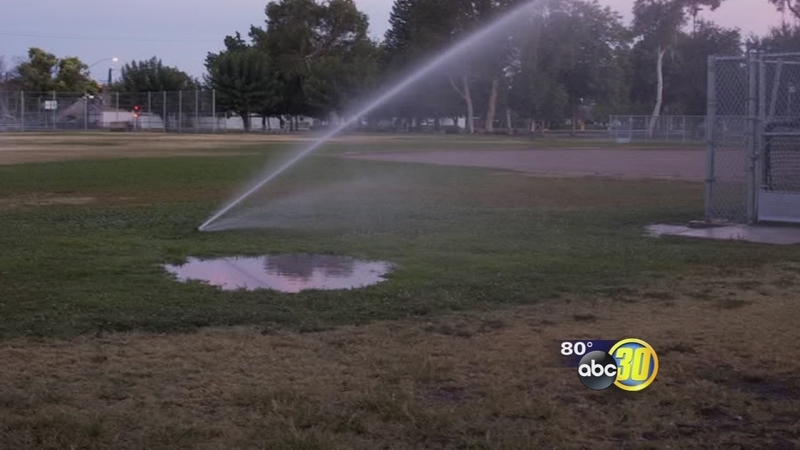 FRESNO, Calif. (KFSN) -- City leaders are counting on everyone who lives in Fresno to help save water, even when that means people call out the city itself for water wasting.

Victoria West Community Park is one of more than 50 parks which are operated by the city. Soon you can expect to see this park and other neighborhood parks start turning brown as the City of Fresno implements a two day a week watering schedule.

"The water from the sprinklers were spraying into the street. Actually completely across the street into the park," said Beavers. "33 it's also an issue of overwatering. The sprinklers water every day for about an hour every morning."

Beavers wrote a blog post to vent about the problem and alert city leaders including public works director Scott Mozier.

"This is the first time I have personally heard about the situation but we will be jumping on that. If there's a repair that needs to be made, we'll make it happen," said Mozier.

"People vandalizing and breaking into boxes to be able to get water from the system and sometimes that is damaging the irrigation system," added Mozier.

Fresno State maintenance teams are also making some big changes to comply with tighter restrictions. Crews are digging up century old valves to save water.

"It's worn out. A lot of the valves are worn out and need to be replaced. We have two thousand valves and 20 thousand sprinkler heads," said Finden.

Workers are also reusing water from storm drains for farms on campus.