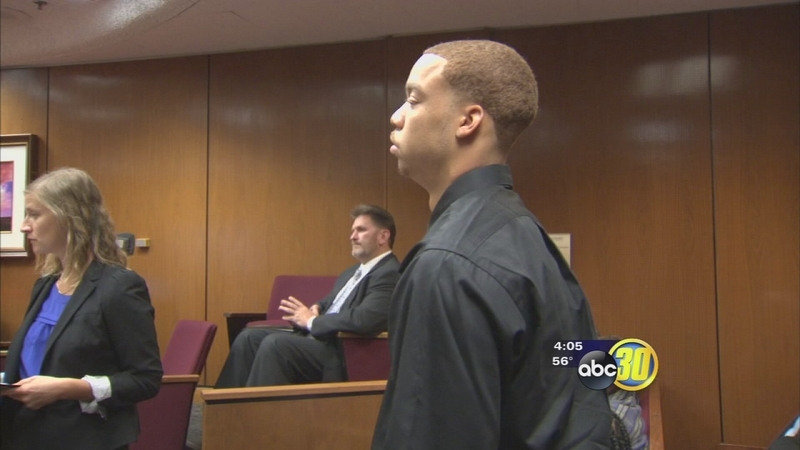 Christian Pryor is banned from the university for now and dismissed from the football team.

Pryor pleaded not guilty to one felony count of making a criminal threat. He has hired a lawyer from Southern California and did not comment today on the case against him.

Pryor returned to Fresno from Los Angeles Tuesday, to be arraigned on charges that he put everyone at Fresno State at risk when he posted threats on the internet. He only spoke briefly when the judge asked him if he agreed to set his case until January. "Yes, your honor."

The judge presented the 18-year-old freshman with a copy of the criminal protective order banning him from going near Fresno State. ABC 30 legal analyst Tony Capozzi says the allegations of making an anonymous threat online through a social media app, put each person in jeopardy on campus, even visitors. "I think that this is a case that should be brought into the federal courts, because, to me, it's very similar to a terrorist threat."

The walk-on wide receiver is accused of threatening to release his frustrations with gunfire. Police searched his room and never found any firearms. But Capozzi says that doesn't really matter. "I don't think that's a major factor in this case simply because this was put on the internet and those threats made-- and they are serious, deadly threats and anyone could have seen that, anyone could have picked up a gun and could go out and make sure those threats were carried out."

Pryor was accompanied by members of his family and refused to make any comment outside as he left the courthouse.

Pryor posted a $20,000 bail and was released from custody.