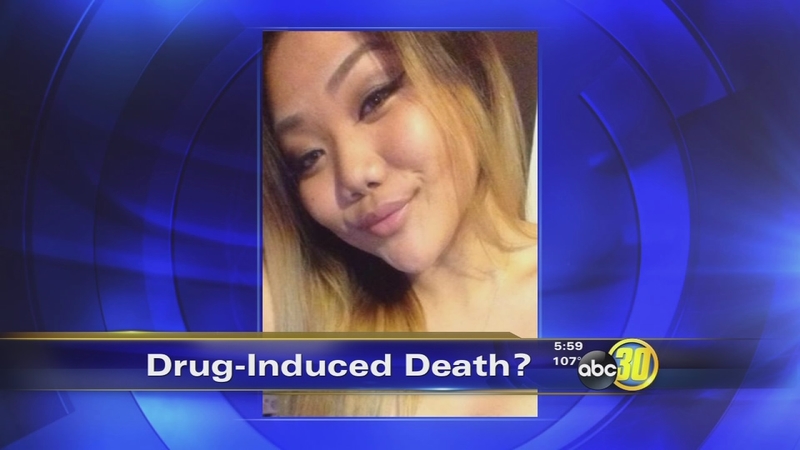 FRESNO, Calif. (KFSN) -- A 15-year-old girl went to a party in Fresno over the weekend and never made it home. Fresno police believe she may have overdosed on a party drug.

Houa Hue was a rising sophomore at Washington Union High School, but she was found dead early Sunday morning. Her family says she never made it home from an electronic dance party at the Fresno Fairgrounds Saturday night.

Houa went to the rave with three friends. Her older brothers saw her there and say she was drinking a beer and acting a bit weird, and that's the last time they saw their sister alive.

Hundreds danced the night away Saturday evening at Zoo-Tronic. Cher Hue took video of the excitement and fun. He and his twin brother, Keng, were there, along with their little sister, Houa. The last time they saw her, they said she wasn't acting like herself.

"She was just tired, mad. She just like, I don't know, have attitude," Keng said.

Fresno police are waiting on autopsy results to determine an exact cause of death, but they assume the otherwise healthy teen overdosed on a popular party drug.

Houa's brothers became very concerned Sunday morning after she never made it home. They tracked her phone to a park near First and Tulare and drove there to find police tape and officers blocking off a parking area at an apartment complex.

Investigators say the 15-year-old met a 62-year-old man at a McDonald's across from the fairgrounds and asked him to give her a ride when she left the concert.

"The only thing I saw unusual was when she approached him, he believed she was initially speaking a different language, which could indicate to me she was intoxicated," Gomez said.

Detectives say Houa was unclear about where she wanted to go. The two ended up parking and falling asleep in the car. When the driver woke up, she was in the back seat dead. Officers say they have no reason to believe foul play is involved.

Houa's unexpected death has left her family with many questions, including whether she was pressured into taking the drugs or possibly allergic to them. Now, heartbroken and filled with regret, Keng and Cher can't help but think of what they could have done that may have ended in a different outcome.

"If I knew like this, what would happen, I could have like forced her to stay home instead," Cher said.

Police say security was tight at the event, and several police officers were also contracted to work the rave. The event was open to all ages, but only those 21 were allowed to buy alcohol. Fresno police are trying to track down the source of these drugs and hoping to talk to any witnesses in the coming days.