KFSN
FRESNO, Calif. (KFSN) -- A Fresno vice principal recorded on a student's cellphone making a racial remark has returned to work with the school district.

Joe DiFilippo spent more than a month on paid administrative leave from Scandinavian Middle School in East Central Fresno. In audio from that cellphone clip, you can hear a student asking the vice principal who he did not like at the school. DiFilippo apparently responded, "I just don't like the black kids."

While he's back at work, Superintendent Michael Hanson says DiFilippo no longer works at Scandinavian or any other K-12 campus. Hanson declined to say exactly where the educator is employed or what his new job duties entail, claiming it's a personnel matter. 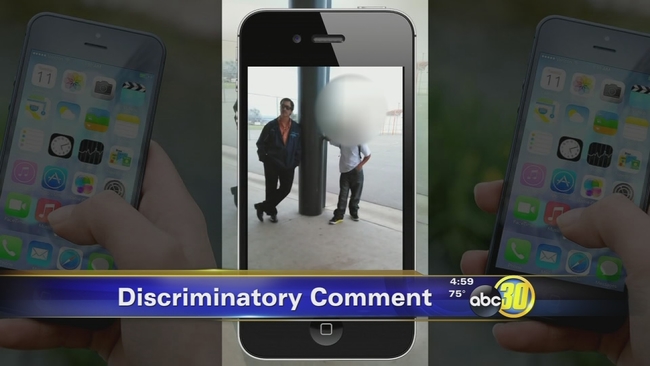