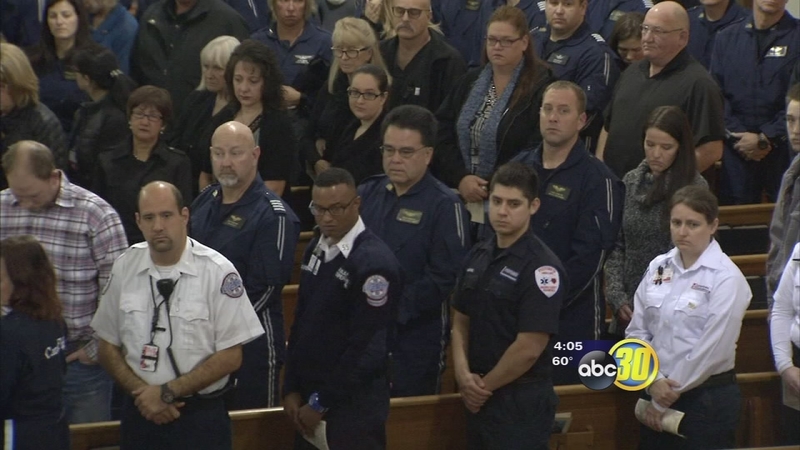 The church was standing room only-- as hundreds of people including local fire and law enforcement...first responders from up and down the valley plus close friends and family members.

"Not just to our small community SkyLife, friend and coworker Frank Kelly said. "But to his friends and family he's been in the area many years and touched many hearts."

Marco Antonio Lopez, or Tony as some called him, was killed on December 10 when the air ambulance he was in crashed. The flight nurse died along with three other people including a patient, the pilot and a flight paramedic.

Some of his SkyLife coworkers attended Lopez's funeral in full uniform to show their support for their close friend and inspiration. "It's great to represent not just SkyLife but who Marco was," Kelly said. "He was one of us he was our family but it's wonderful to see CHP, fire ambulance companies, not just in our local community but statewide."

After becoming a US citizen, Marco served in the Navy where he was respected by his peers and became a leader of sorts. "So, he came up in the ranks in commissioned," Navy Capt. Jeffrey Garcia said. "And he served most recently as a Navy nurse."

For his service, Lopez was buried at Kings River Cemetery with full military honors.

"It was beautiful it was great to see all the first responders out here along with his Navy family," Garcia said. "It was a very fitting tribute to his life and his career."