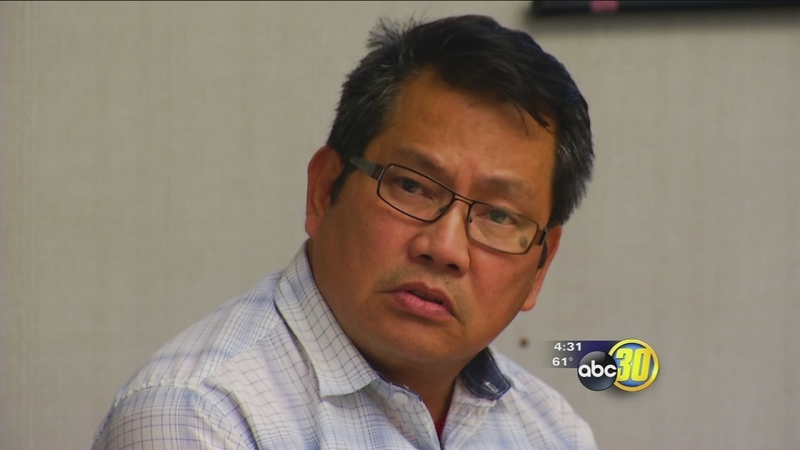 FRESNO, Calif. (KFSN) -- Benjamin Wong's own words could come back to haunt him. As he faced accusations from multiple girls that he touched them inappropriately, he testified that he did not do it.

But when a police investigator first interviewed Wong, prosecutors said his answers were different.

"Question, Why did you grab a girl's butt? Answer, I'm just joking with them," said Vanessa Wong, Prosecutor.

Vanessa Wong, who is not related to the defendant, said the janitor changed his story over the last year and a half since the investigation started.

But defense attorneys say it is the six accusers changing their stories. Two of the girls accusing Wong of touching them on the bottom are twins, and eFan Wu, defense attorney, said their mom lied about it, and the girls' versions of events are inconsistent.

"Nobody else saw that happen. Benny Wong got on the stand, he looked you in the eyes and he said he didn't touch the girls on the butt."

Wu said school administrators would have documented it if the girls reported that kind of touching.

The principal and vice principal at Norseman did document some complaints against Wong but acknowledged getting others they disregarded because they did not think the facts added up to trouble.

The twins and their mother are suing the school, and prosecutors said the administrators seem to be minimizing Wong's behavior.

"Had they documented better, had they talked to the students, had they really gotten down to the bottom, maybe we wouldn't have had all these children come forward. Maybe this could've all been prevented," said Vanessa.

The lawyers wrapped up closing arguments on Tuesday. The jury will begin deliberations Wednesday morning.