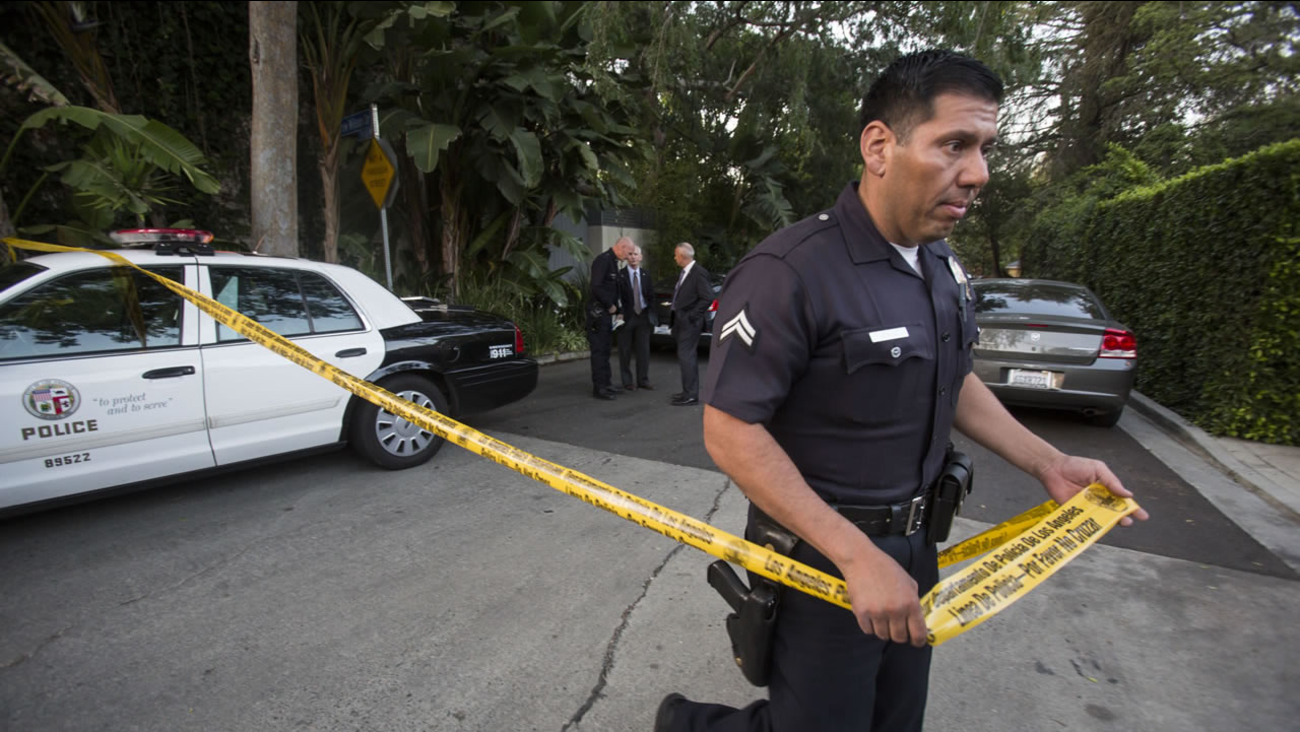 A police officer creates a perimeter outside a home in the Hollywood Hills area of Los Angeles, Tuesday, March 31, 2015. (AP Photo/Ringo H.W. Chiu)

LOS ANGELES -- It's a family name that has long been associated with unimaginable wealth and sometimes unspeakable tragedy.

The mysterious death of J. Paul Getty's grandson Andrew Getty is just the latest example of the latter.

Andrew Getty, 47, was found dead Tuesday after authorities said his girlfriend called 911 to report discovering his bloodied body at his Hollywood Hills mansion.

He appeared to have died of natural causes, coroner's Assistant Chief Ed Winter said, but he added it could take more than two months to determine the exact cause.

The reclusive Getty had said in recent court documents that he was battling a "serious medical condition" that could endanger his life.

He and other heirs of oil baron J. Paul Getty have managed to maintain a significant share of the fortune their patriarch left behind, but the money hasn't shielded subsequent generations from drug addiction, premature death, tabloid scandal and violent attacks by others.

"The story of the famed Getty family is one of the most obvious examples that money, cold hard cash, doesn't buy happiness," Forbes Magazine reported in a profile last year when it listed the combined family fortune at $5 billion - 54th highest on its list of America's most wealthy.

Andrew Getty's cousin J. Paul Getty III was kidnapped in Italy in 1973. When his wealthy grandfather was slow to pay a ransom, kidnappers cut off the 16-year-old's ear and threatened to return him piece by piece if they didn't get money.

The oil baron, who previously told reporters, "I have 14 grandchildren and if I pay one penny ransom, I'll have 14 kidnapped grandchildren," eventually coughed up a sum reported to be $3 million.

Once released, the teenager resumed a jet-set lifestyle of abusing drugs and consorting with rock stars until he suffered a debilitating stroke in his 20s. He died in 2011 at age 54. His stepmother, actress Talitha Pol, who had lived her own jet-set life, died of a heroin overdose in 1971.

Marilynne DeJonge, the mother of Andrew Getty's girlfriend, said Getty told her daughter Lanessa DeJonge that he'd been diagnosed with a brain aneurysm.

Getty obtained a restraining order last month against DeJonge, noting her behavior and arguments between them, and expressing concern about his health.

"My doctors have advised that heated arguments can cause my blood pressure to rise dangerously," he wrote in court papers requesting the order.

DeJonge told The Associated Press she had not spoken to her daughter since Saturday when Lanessa called, concerned about Getty. He recently had not been eating or sleeping well, she said.

Her 32-year-old daughter was charmed by Getty, who saw her modeling photos seven years ago and wanted to meet her. She said her daughter lived in a downstairs room in Getty's spacious mansion. She depended on him for housing and had no phone; she also cooked for him.

"He was an extremely intelligent man," DeJonge said through tears. "He was going to the doctors for a long time. ... He didn't take good care of himself and our daughter was trying to get him on health foods, and all he had was candy bars around."

She added that her daughter was "very young and naive and patient and tolerant" but "gets upset just like anybody else would when things go crazy."

A law enforcement official briefed on the investigation into Andrew Getty's death said he had recently complained of stomach pains.

Another official with knowledge of the investigation added that authorities found prescription medications at his home.

The officials spoke to The Associated Press on condition of anonymity because they weren't authorized to talk publicly.

Winter, the coroner's official, said Getty had not been feeling well for the last couple months and had a doctor's appointment Wednesday.

DeJonge had recently moved back into her room at the Getty house, the second official told the AP. The law enforcement official said she came and went as she pleased despite the active restraining order, which the official said wasn't unusual in some relationships.

Getty was the son of San Francisco billionaire Gordon Getty, who had his brush with scandal in 1999 when the father of four sons with his wife, Ann, acknowledged he had a second family in Los Angeles that included three daughters. The acknowledgement came after the daughters filed court papers to change their last names to Getty.

Gordon Getty is one of three surviving sons of J. Paul Getty, who became a financial legend after he took over his father's oil business and built it into Getty Oil, a multinational conglomerate with holdings all over the world.

At one time the richest person in the world, Jean Paul Getty was married five times, reportedly had countless lovers and had five sons by four of his wives. His youngest son, Timothy, died of a brain tumor at 12. His oldest son, George, died in 1973.

A prominent art collector, he bequeathed much of his personal fortune to The Getty, which has created one of the world's premier museums, with a sprawling campus on a Los Angeles mountaintop, and the Getty Villa - built under Getty's own direction in Malibu. Getty died in 1976 at age 82.
Related topics:
los angelesfamous death
Copyright © 2021 by The Associated Press. All Rights Reserved.
RELATED 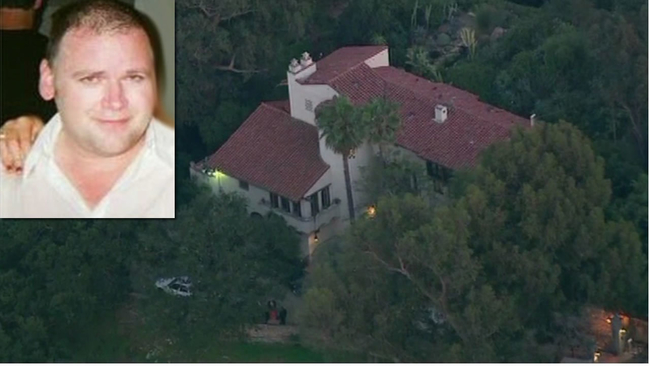