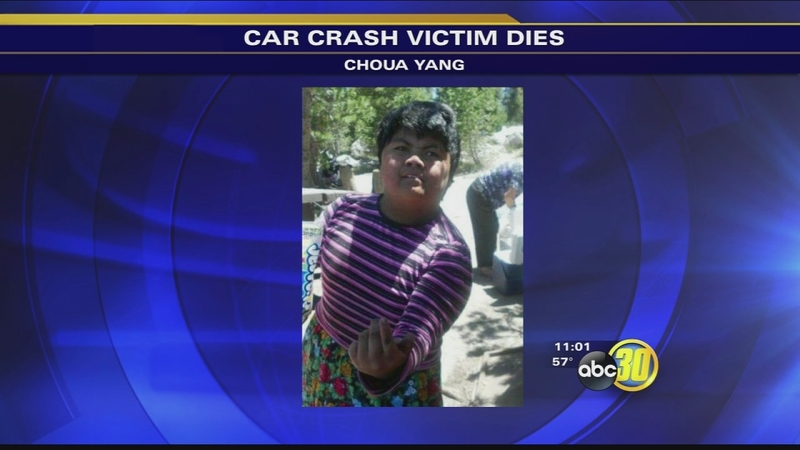 FRESNO, California -- A teenage girl, involved in a car crash last week in east-central Fresno has passed away.

Choua Yang was riding in the back seat of a car that was hit by a Ford Explorer. Police say the driver of the explorer ran a red light.

Yang's brother and mother were also hurt. The crash happened at the intersection of Maple and Olive. Investigators say the driver of the Explorer stayed at the scene and admitted to causing the crash when he reached down to pick up his lunch box.