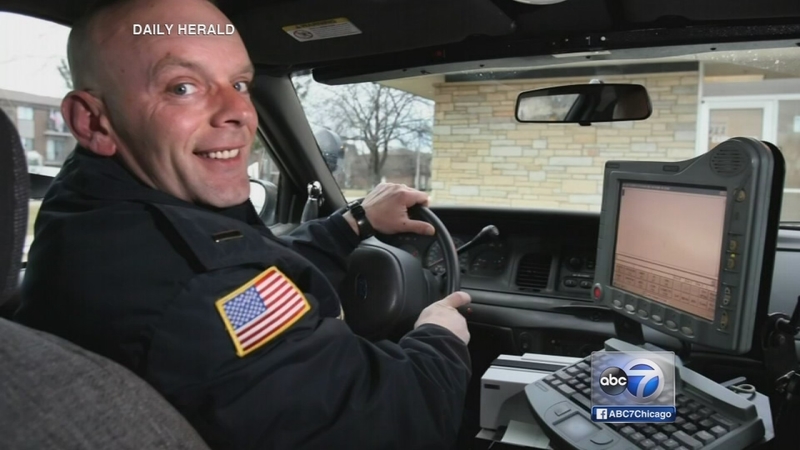 FOX LAKE, Ill. -- Fox Lake Police Lt. Joe Gliniewicz may have arranged a "sham marriage" between his alleged mistress and his son, Donald "D.J." Gliniewicz, according to a report.

A Chicago Sun-Times report claims DJ Gliniewicz married his father's mistress to get thousands of dollars in extra benefits, including health care and pay, from the Army. Court records show the two were married for about a year.

A neighbor, who did not want to be identified, said she saw Officer Gliniewicz at the home of his mistress almost every afternoon.

"I saw him several times a week in the middle of the day, and a black unmarked squad car. And he'd stay about an hour," the neighbor said.

DJ Gliniewicz and his mother, Melodie Gliniewicz, are under investigation in connection with Officer Gliniewicz's criminal activity. Earlier this week, authorities investigating Officer Gliniewicz's death announced it was a "carefully staged suicide" to cover up years of embezzlement from the Fox Lake Police Explorers program. Just yesterday, officials released statements where Gliniewicz attempted to arrange a hit on Fox Lake Village Administrator Anne Marrin . Marrin was taking inventory on the Explorers.

Officer Gliniewicz's shooting death on September 1, 2015, sparked a massive manhunt for three men he saw in the area. Thomas Corso, Manuel Vargas and Preston Shrewsbury, who were seen in the area, were taken into police custody.

"It never crossed my mind this would ever happen in my life. I just went to get something to eat, get some money to pay a cell phone bill and all hell broke loose. It was just a regular morning. That's all it was," Vargas said.

"Fifteen of them. Assault rifles. They rip his blanket off and say, 'Got any weapons on you?'" Shrewsbury said.

All three men were eventually cleared after a restaurant receipt gave them a "rock solid" alibi, according to Commander George Filenko, who led the task force investigating Gliniewicz's death.