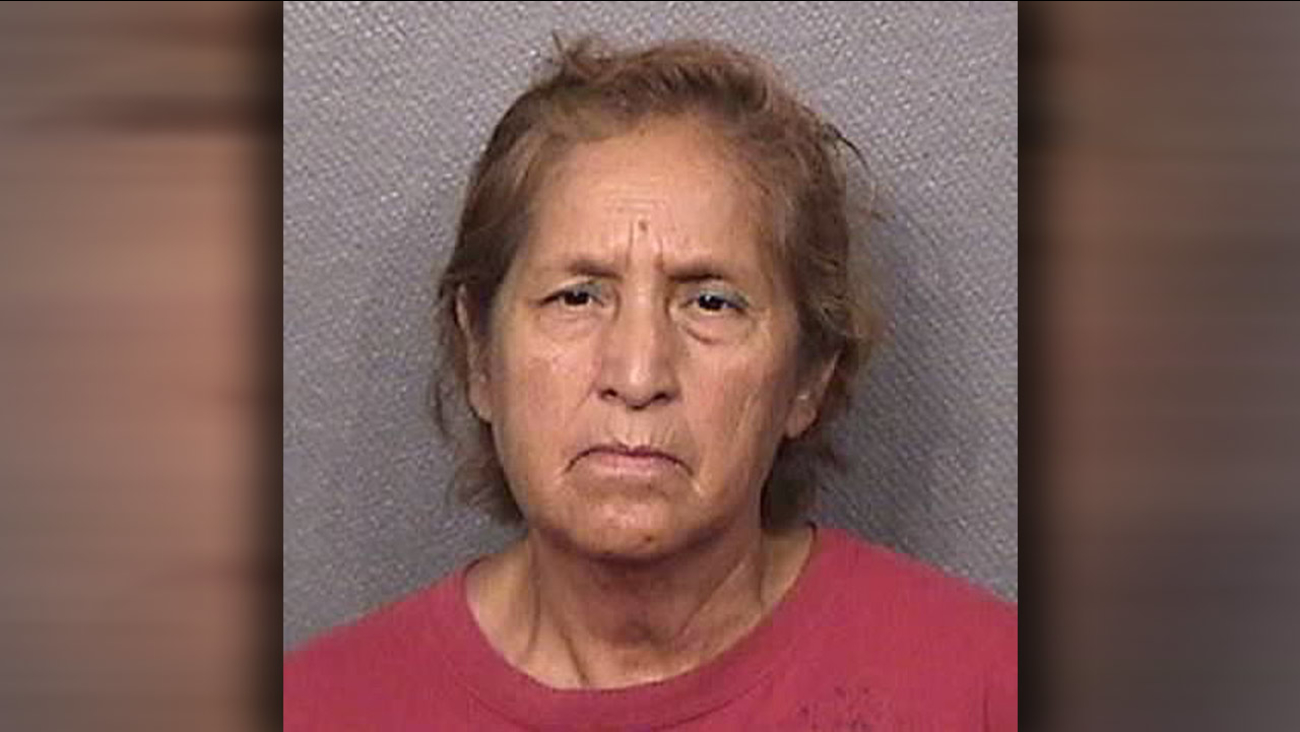 HOUSTON -- A grandmother from southwest Houston is accused of burning her 12-year-old granddaughter with a hot tortilla pan after the girl got in trouble at school for writing on the chalkboard.

Maria Mercedes Velasquez, 61, is charged with injury to a child under 15.

The 12-year-old alleged victim claims in court records that her grandmother was ready to burn her with a 400-degree pan when she got home from school. She claims it's the second time her grandmother has burned her as punishment.

According to court filings, on March 27, the girl says she struggled as her grandmother tried to burn her. As a result, the girl says Velasquez demanded the girl's brother help her burn the girl or he would be burned, too. The boy claims in court documents that he pretended to help his grandmother burn his sister by holding her face close to the hot pan.

The 12-year-old claims in court records that her grandmother burned her hands and arm until she bled, as well as slapped her across the face. The girl says she was not offered any medical attention for entire weekend and her grandmother told her to tell people at school that she accidentally fell on the pan.

Court documents show the boy calls his grandmother "mean" and "treats them like slaves." The boy says his grandmother was investigated before and nothing happens so he is afraid he will have to go back to live with her.