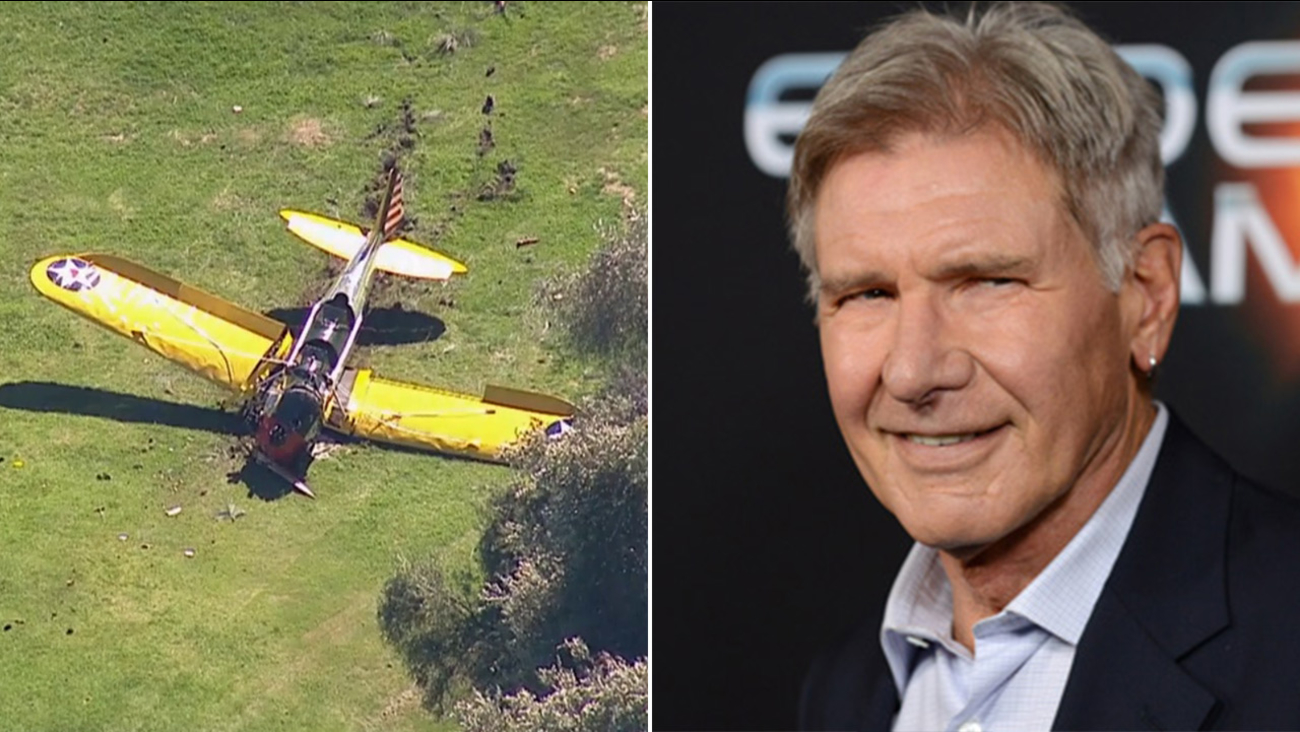 The single-engine, Ryan Aeronautical ST3KR plane clipped the top of a tree before crashing shortly before 2:30 p.m. onto the golf course, just west of the Santa Monica Municipal Airport, according to Federal Aviation Administration officials. Ford was attempting to return to the airport due to engine trouble, according to a senior federal official and audio of the crash.

"Harrison was flying a WW2 vintage plane today which had engine trouble upon take off. He had no other choice but to make an emergency landing, which he did safely. He was banged up and is in the hospital receiving medical care. The injuries sustained are not life threatening, and he is expected to make a full recovery," Ford's publicist said in a statement.

Ford's plane was a WWII-era primary trainer used by the U.S. Air Force and was built in 1942. It is powered by a Kinner five-cylinder radial engine. The fuselage is entirely metal, but the wings and tail are covered with fabric.

Witness Elaine Miller said the plane appeared to be gliding in without noise and landed right side up. She, along with other bystanders on the golf course, ran up to the scene and pulled Ford out of the plane. Ford was in the backseat, she said.

"One of the men who was there was a physician. When that was realized, we just listened to him," Miller said.

Ford "was able to speak. He expressed that he was in pain, which was no surprise," Miller added.

"These generally turn out quite traumatic, but I can report that the patient left the scene conscious and breathing," Butler added.

Son Ben Ford tweeted that his father was doing well.

At the hospital. Dad is ok. Battered, but ok! He is every bit the man you would think he is. He is an incredibly strong man.

Thank you all for your thoughts and good vibes for my dad.

The 72-year-old actor, known for "Blade Runner" and the "Indiana Jones" franchise, was cast to reprise his role as Han Solo in the new "Star Wars" trilogy, slated for release in December. He is known as an aviation enthusiast.


Tap to watch a video of Ford flying a plane.

Thursday's crash was not Ford's first aviation accident. In 1999, he crashed a helicopter in a dry river bed near Lake Piru after practicing an emergency landing procedure. He was not injured.

The National Transportation Safety Board was leading the investigation, which is expected to take several months. A final report will likely take a year.

"It takes us a long time, because we want to get it right," NTSB investigator Patrick Jones said.

Jones declined to comment on the cause of the crash, but noted that Harrison was an experienced pilot.

More than 2,000 accidents a year are reported nationwide that involve varying levels of injuries, Jones said.

"Anytime a human being is involved in an accident -- whether it's a car, jet, airplane or otherwise -- and survives is a good day," Jones said.

Drivers were urged to avoid the area.