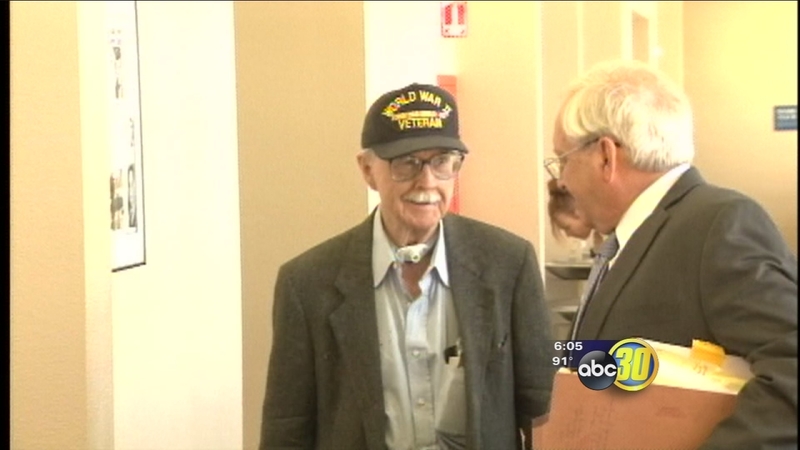 Harry Baker fails to appear in court once again

FRESNO, Calif. (KFSN) -- Another no show Monday for an 85-year-old man who a judge says is willfully disregarding his orders. The child molestation charges have been postponed and delayed for the past seven years. Now, when he is found, Harry Baker is going to jail.

Baker didn't show up last week and his attorney had to track him down to get him to court. The judge told him he had to show up Monday and the court would review his mental evaluations. He didn't go to court and he never made it to the evaluations either.

Baker was nowhere to be found Monday afternoon, according to his attorney Roger Nuttall. And the judge said he has had enough.

"He has abused the privilege long enough and it's time to get this matter underway. A no-bail bench warrant issues. As soon as Mr. Baker is apprehended and taken into custody, we will contact both parties and set up a hearing," said Superior Court Judge Jonathan Conklin.

Nuttall said daily calls to Baker have gone unreturned, and he skipped out on a mental evaluation last Friday -- just a day after he met with his client for 45 minutes to remind him where he needed to be. His office even wrote down specific instructions for Baker.

"There was no uncertainty about it. Harry heard it. We talked about it afterwards," said Nuttall. "I assured him that Judge Conklin meant exactly what he said and here we are."

Nuttall says he's concerned about Baker and the evaluations that are necessary for the legal process. Doctors were set to evaluate Baker to provide expert opinions about whether he is mentally competent to stand trial. Now, when he is located, Baker will be locked up until he complies with these orders.

"It will be uncomfortable for him and we'll try to get him into court and perhaps into an in-patient facility which would be more suitable for him," said Nuttall.

Throughout the past seven years, Baker has been to court many times, with countless reasons why he needed court dates postponed. Once he arrived in an ambulance with breathing tubes. Another time he showed up bruised and bandaged after he said he was mugged.

Baker is accused of molesting a 13-year-old girl. The alleged crime was recorded on a hidden camera and the prominent businessman has said he was set up by gypsies trying to extort money.

Baker's attorney says he owns the Sierra Telephone Company, and as far as he knows, he has not been to work in the past week.