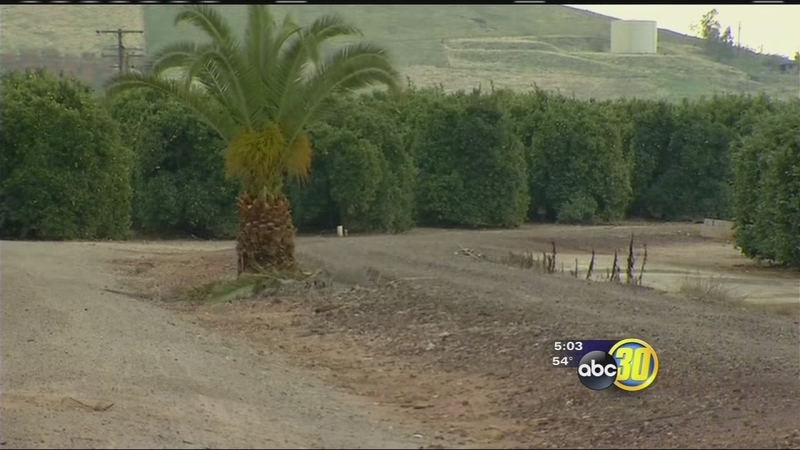 STRATHMORE, Calif. (KFSN) -- An investigation is taking place in the South Valley after a dead horse was found tied to a pole. The animal was found Wednesday afternoon in an orange grove near Strathmore.

"We were down here, we turned down the road and we ended up turning the corner-- when we turned the corner there was something that was big and brown," said Emily Luna, Strathmore.

Luna said as she and Kyree Perkins got closer they discovered the animal was a horse. "The legs were hog-tied," said Luna.

Luna said the horse was dead. Her first thought was animal abuse, so she called the Tulare County Sheriff. She also snapped some photos. She took a photo of the legs tied together and photos of the sheriff's office investigating. Luna lives nearby and the discovery has her concerned. "How did they do this when there's people not to far from them?"

The sheriff's office is wondering the same thing, how did the horse end up in the orchard. They've reached out to the UC Davis' satellite Veterinary Campus in Tulare. The vet there has looked at the horse, he said the colt was well-cared for. "What he has said is that there's no obvious sign of trauma. This horse was not beaten, stabbed, or shot," explained Teresa Douglass, Tulare County Sheriff's Office.

A necropsy will be performed to determine the exact cause of death.