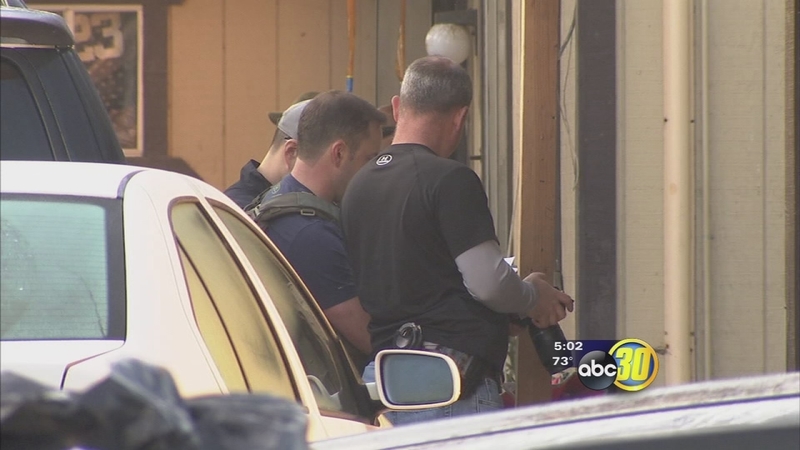 FRESNO, Calif. (KFSN) -- Fresno police said, the gang known as the 'Strother Boys' began terrorizing the streets 28 years ago before they were taken down Thursday morning.

Fresno police took video 6:00 a.m. Thursday showing them ending a year-long investigation in which 36 gang members had no clue cops were on to their every move.

Not just that, police said the drugs and guns being bought and sold on the streets were often times to undercover cops. They were being helped by confidential informants.

Investigators said the large investigation began after a robbery at LTD Firearms on Blackstone. Thirteen guns were stolen during the heist and shoe store owner, George Sheklian, died during the holdup.

The murder suspects have not been arrested, but officers have located several guns taken in the robbery.

"One of the guns that was taken during that robbery was located on an individual. We actually located several firearms," said Dyer.

Investigators said the Strother Boys are not very sophisticated. They are a lower level gang that works alongside another gang called Twamp. Together they specialize in firearms sales and drugs. They are involved in some prostitution but police said they do not have a lot of assets.

"They aren't making a lot of money but they are very busy. They are involved in criminal activity such as robbery, they are committing robberies, kidnappings, they've been involved in over 30 shootings that were aware of this year," said Dyer.

During the investigation, 104 guns were taken along with six pounds of methamphetamine.

Officers believe of the 36 people arrested Thursday, nearly all are active gang members.

Several guns taken were tracked to both Nevada and Arizona.

Twenty of the arrested have been federally indicted. Some could spend up to life in prison if convicted.