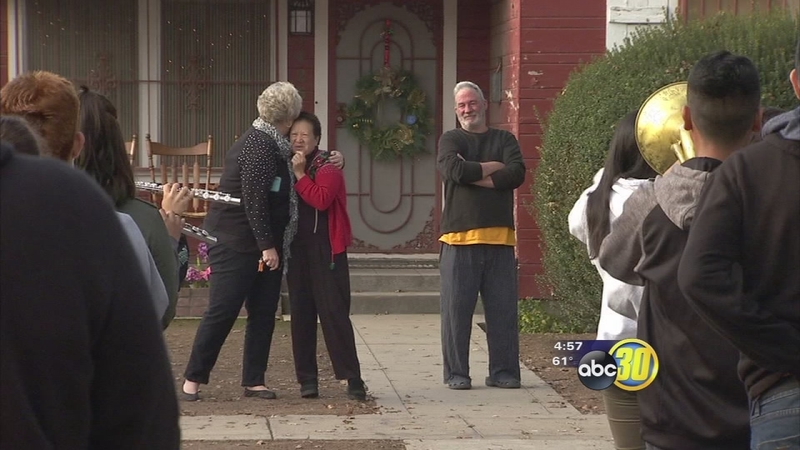 Per their holiday tradition the marching band performed their way to his house-- Only this time, it was not to wake him up with Christmas carols.

"He's looking down on all of you and really enjoying this so thank you so much," said Gaylene Walter, Burl's wife, to the marching band.

Walter died suddenly last week while vacationing in Hawaii with his wife Gaylene. Hundreds of students past and present paid tribute to their beloved mentor by giving him one final performance.

"They always did this for Burl to wake him up, so I felt like it was my turn now," said Gaylene.

"He made such a point to be out there in Reedley, it was like, this was the least I could do to honor him," said Hannah Knight, former student.

"It's our signature move which that started and originated with Burl Walter," said Lisa Dewhirst, Band Director.

"He gave people a greater love for music," said Knight.

Allowing people to express themselves through the art-- even inspiring career paths.

"He would see potential and guide you and he would make an effort to make sure you were involved in things to make you move towards your goal," said Dewhirst.

Walter first taught Dewhirst the flute when she was in 5th grade. Now a band director at Reedley High School, she is passing on his passion for music.

"This was his home and he was always a part of this program whether or not he was physically here."

"It makes me proud that he did so much for them," said Gaylene .

For 35 years Walter served as Band Director and Music Department Chairman at Reedley High School. He retired in June of 2000 but continues to inspire the community.