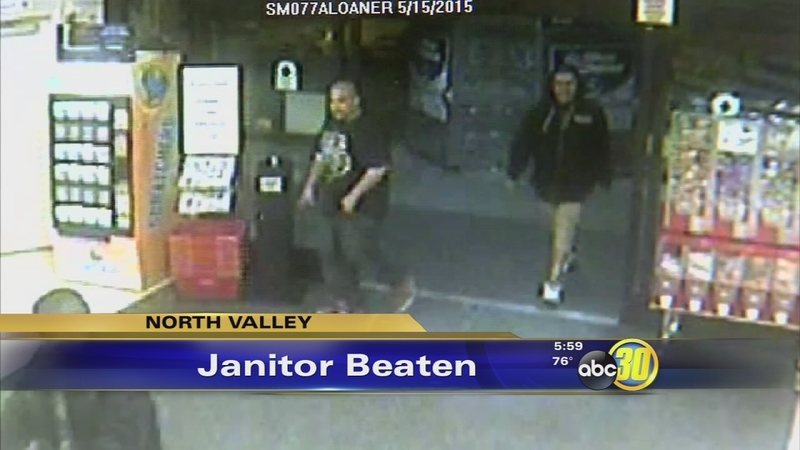 MADERA, Calif. (KFSN) -- Police are asking for your help finding the gang members who brutally attacked a janitor in Madera. The attack happened Saturday night while the victim was cleaning aisles at the Save Mart on Howard and Pine Street.

Just before closing time the security camera at the front entrance catches a man hurrying out the door followed by another guy walking just as quickly. Employees who followed them didn't know at the time these two just attacked their janitor.

"They approached him in the aisle," said Sgt. Brian Esteves with the Madera Police Department. "Began saying derogatory things to him calling him a scrap because he was wearing a blue shirt.

Police say the two suspects targeted the man because of his blue uniform.

It's blue," said Sgt. Esteves. "It identifies that he's with a cleaning company and just doing his job."

At first police say they were taunting the man and then started punching him in the middle of the aisle.

"The guy started to defend himself," said Sgt. Esteves. "At that point the second subject grabbed a wine bottle off the shelf and hit the janitor over the head."

The victim suffered injuries to his head, but according to police, he'll be okay. Investigators also need your help identifying the two gang members. You can contact the Madera Police Department with any information you may have. 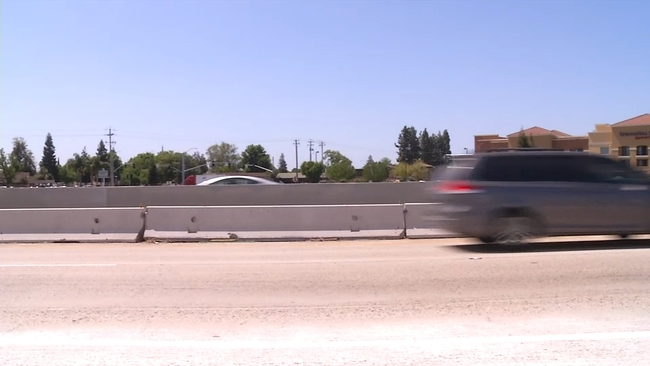 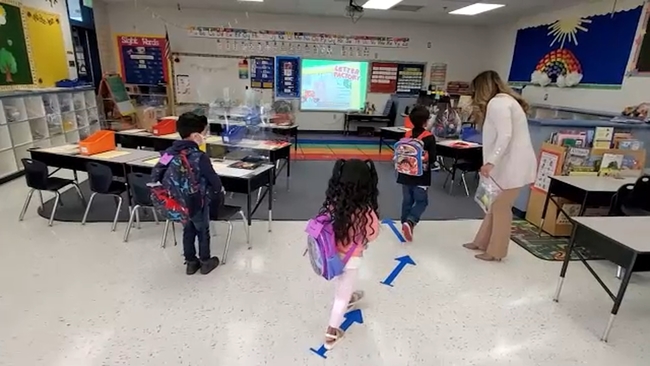 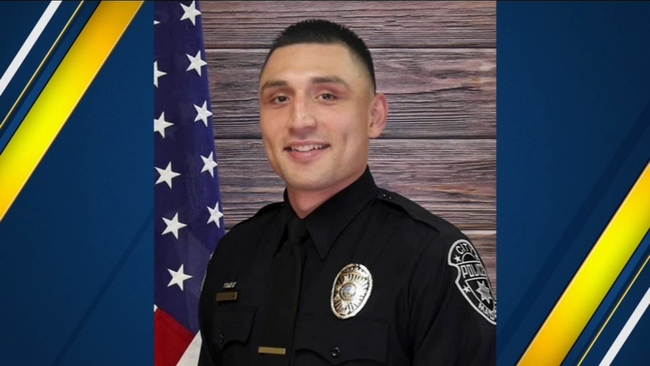