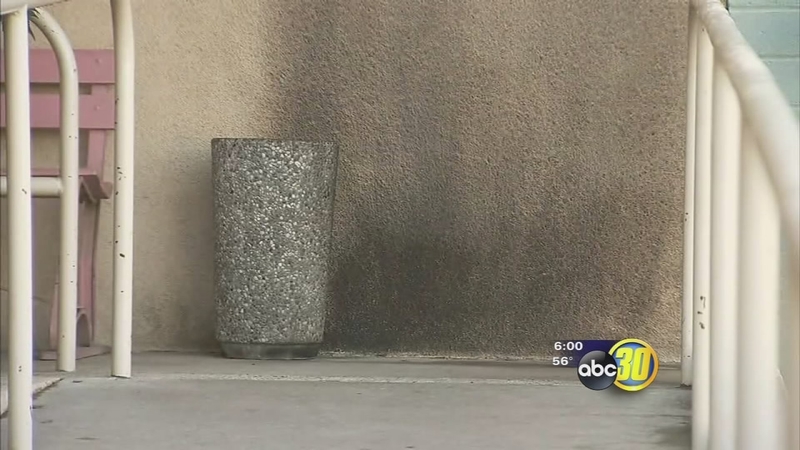 ATWATER, Calif. (KFSN) -- Chris Carrera doesn't seem like your typical hero. He said he is actually far from it. While he's not working at his second job cutting wood, he's a janitor at City Hall.

Carrera said it was around 10:00 a.m. on Tuesday he was on his way to clean the women's restroom when an amber light caught his eye.

"First thing I thought was 'ah the city's going to barbecue for us', you know, cause Thanksgiving is coming up."

Unfortunatley that wasn't the case. After looking closer, he noticed it was flames-- that's when Carrera leaped into action and ran into the finance building to grab a fire extinguisher. Then started looking around for a culprit.

"There's one gentleman, the only person walking away from the building. So I tried to see if he knew who did it. I trid to stop him, he kept on walking. Next thing I knew, he was running. That looks pretty guilty to me. I pursued him."

Police said Carrera chased the suspect from City Hall almost a mile down to Osborn Park.

The two finally stopped near the ball park.

Atwater police arrived on scene and arrested 45-year-old Guadalupe Hernandez Ramirez for suspicion of arson of an inhabited dwelling and defacing public property.

Atwater police said they are grateful for Carrera's actions.

"I admire this man for going after him. It couldve been much worse if he wouldve thrown the gas somewhere else," said Sgt. Dick Wisdom, Atwater Police.

And while Carrera doesn't want to be called a hero. He said stepping in to help was no question.

"I think anyone would have done it if given the opportunity or circumtances."

The suspect in this case was on probation for a prior felony car theft conviction. His bond right now is set at $105,000.