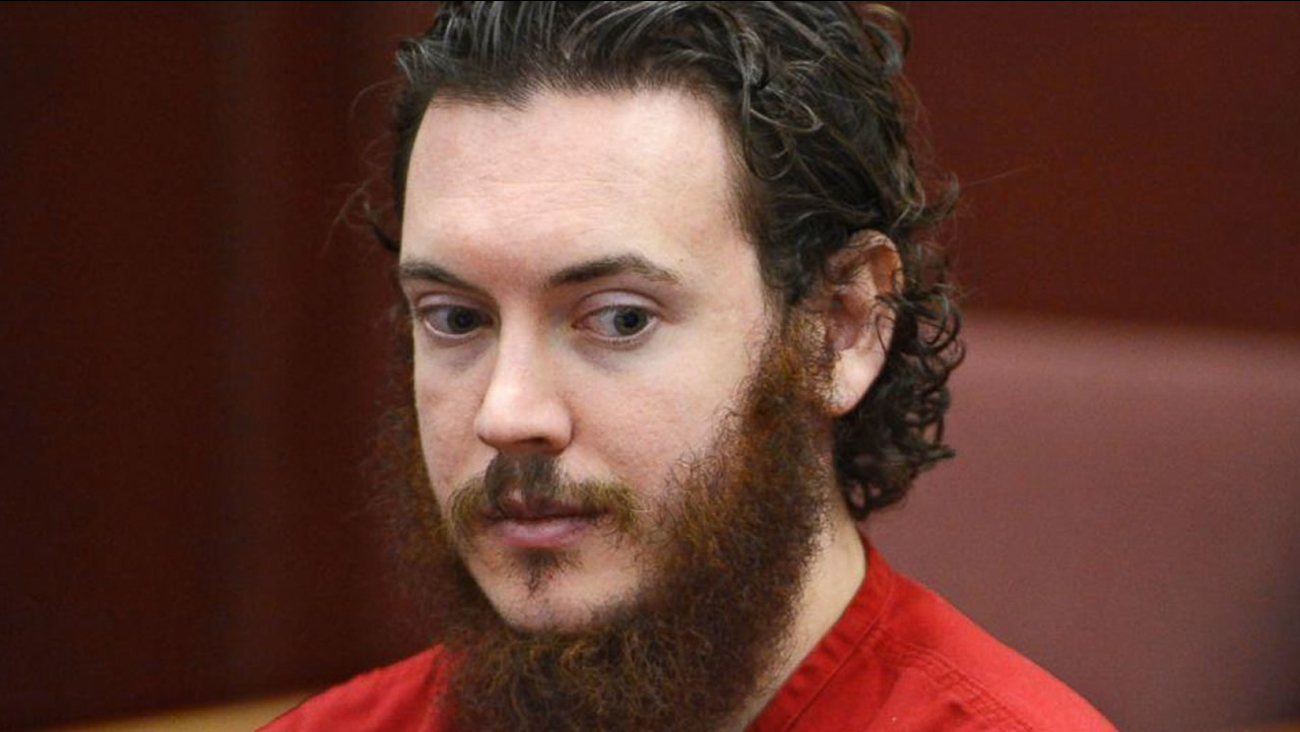 CENTENNIAL, Colo. -- Colorado theater shooter James Holmes was formally sentenced to life in prison without parole Wednesday, more than three years after he carefully planned and executed a merciless attack on hundreds of defenseless moviegoers who were watching a midnight Batman premiere.

Judge Carlos A. Samour Jr. had no other sentencing option after a jury earlier this month did not unanimously agree that Holmes should get the death penalty. The judge issued his sentence after two days of testimony from survivors of the attack, including first responders.

Holmes killed 12 people and injured 70 others in the July 20, 2012 ambush. He was convicted of first-degree murder and 140 counts of attempted first degree murder, as well as an explosives charge.

Colorado prisons officials will determine where Holmes will be incarcerated after an evaluation that includes his mental health. Holmes, who has been diagnosed with varying forms of schizophrenia, could wind up in the corrections department's mental hospital, the 250-bed San Carlos Correctional Facility in Pueblo. He also could be transferred to an out-of-state prison.

Holmes moved from California to Colorado in 2011 and entered a prestigious postgraduate neuroscience program at the University of Colorado, Denver. But he dropped out after a year; by that time, he was well into planning the attack and stockpiling ammunition. He rigged his apartment to explode on the night of the attack, hoping to divert first responders from the Aurora theater. The homemade devices didn't go off.

In July, the jury rejected Holmes' insanity plea, finding he knew right from wrong. But it couldn't unanimously agree on the death penalty, meaning Holmes automatically was sentenced to life in prison. Prosecutors subsequently said one juror refused to sentence Holmes to death, apparently swayed by defense arguments that he did not deserve execution because he does suffer mental illness.

To the end, Holmes' state-appointed attorneys blamed the massacre on his schizophrenia and psychotic delusions. They said Holmes had been obsessed with the idea of mass killing since childhood, and he pursued neuroscience in an effort to find out what was wrong with his brain.

Prosecutors pointed both to Holmes' elaborate planning for the attack and his refusal to divulge to anyone - family, friends, psychiatrists - that he was thinking, and planning, murder.