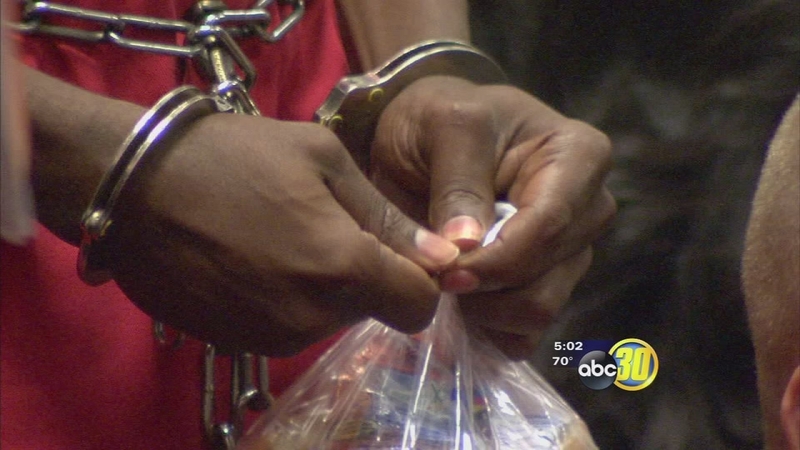 FRESNO, Calif. (KFSN) -- A man accused of killing a Clovis bicyclist who was out on his morning ride earlier this year got a surprise Friday when his attorney asked that he be released from jail.

Instead Rondrick Stubbs had his bail amount increased.

Stubbs stood in court straight faced Friday. The judge, Honorable Mark Cullers, had plenty to remind him about.

The long list of probation violations and no shows, left the judge with little choice but to give him something to think about.

"The court believes that in the interest of public safety, that in order to ensure his appearance at any future court proceedings, that bail should be increased in this matter," said Cullers.

Stubbs was arrested earlier this week following a six month long investigation into the death of a father of two, Patrick teNyenhuis.

Outside court, the victim's wife described how her husband maintained a great balance in life.

"Patrick was very dedicated to staying healthy. He was a physical therapist when he graduated from his masters in physical therapy and he actually gave the graduation speech. It was all about the importance of staying fit," said Danell teNyenhuis, victim's wife.

teNyenhuis was riding on Shaw near Leonard when he was struck and killed. Stubbs remained at the scene where officers found a meth pipe in his car and later discovered he had a small amount of meth in his system.

Now teNyenhuis' wife wants to work to change laws related to impaired driving and penalties. The current punishment for misdemeanor vehicular manslaughter means Stubbs will likely serve only about a year in jail.

"Unfortunately, because of the lack of definition of impairment with drugs this is being lumped into that same situation," said Danell.

For the teNyenhuis family moving on has been painful. Patrick was the man of the house, who had a sense of humor that could have an entire room belly laughing. He was his daughters' biggest supporter and his wife's best friend.