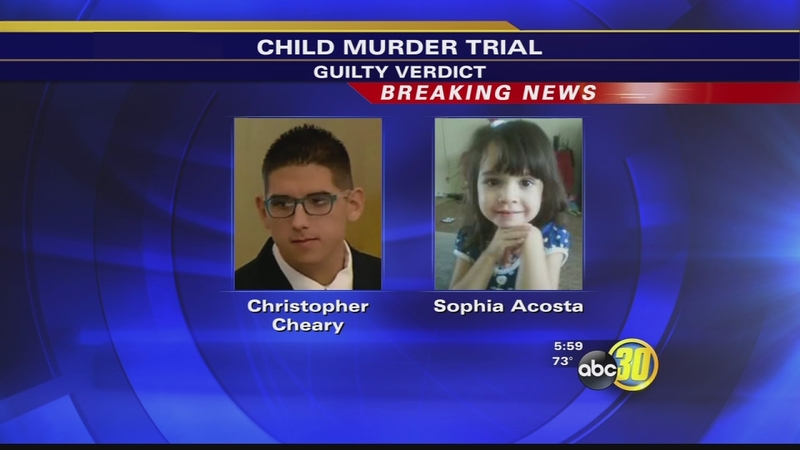 Authorities said Sophia Acosta, 3, was found beaten and unconscious on the floor of her family's Exeter apartment in May of 2011. Sophia was rushed to a hospital in Visalia as well as Valley Children's in Madera County before she died.

Sophia had been in the care of Cheary when she died. During the trial, numerous medical professionals testified Sophia died of severe, non-accidental blunt force trauma.

And after five-and-a-half hours of deliberations, Cheary was convicted on all counts. It was a long trial that included graphic details and images that often provoked friends and family members to become emotional in the courtroom.

This trial started in late September and wrapped up on Thursday with closing arguments. Tulare County District Attorney Tim Ward said he's pleased with the verdict, but he said it's not over yet because we still have the sentencing phase.

"Not only pleased with the juror service but also that we could in some small way bring closure to some of the family members in that way," he said. "But the reality is is the trial is still pending and it's really not appropriate to talk about the details, as you know."

During the trial, Cheary's defense team argued Sophia had a rare blood clotting disorder and that there was no rape, murder or torture. They also argued that the DNA evidence didn't connect Cheary to Sophia's death