Kentucky Clerk Kim Davis in Custody for Contempt of Court 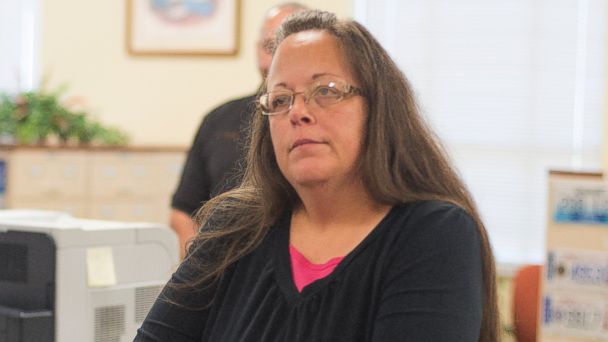 A Kentucky county clerk, Kim Davis, was taken into custody today after a judge found her in contempt of court for her refusal to issue same-sex marriage licenses.

U.S. District Judge David Bunning ruled against the Rowan County clerk before deputy marshals removed her from the courtroom.

Bunning said Davis could be released if she complies with the order to resume issuing licenses. She has refused to issue marriage licenses to anyone, arguing that such a move was a way around discriminating against same-sex couples.

The ACLU had asked that she be fined but the judge said he didn't believe that was enough to force her into action.

The crowd of marriage equality supporters that had gathered outside of the courthouse in Ashland, Kentucky, began to cheer as the news spread.

Davis was called to testify at today's hearing and she reiterated that she believes issuing marriage licenses to same-sex couples is against her religious beliefs, even though she has been ordered to do so as a result of a Supreme Court decision.

"My conscience will not allow me," she said several times during her testimony.

On the stand she was quiet, almost whispering, and teared up when talking about her religious beliefs.

"I did a lot of vile and wicked things in my past," Davis said when asked about her life before becoming a Christian in 2011.