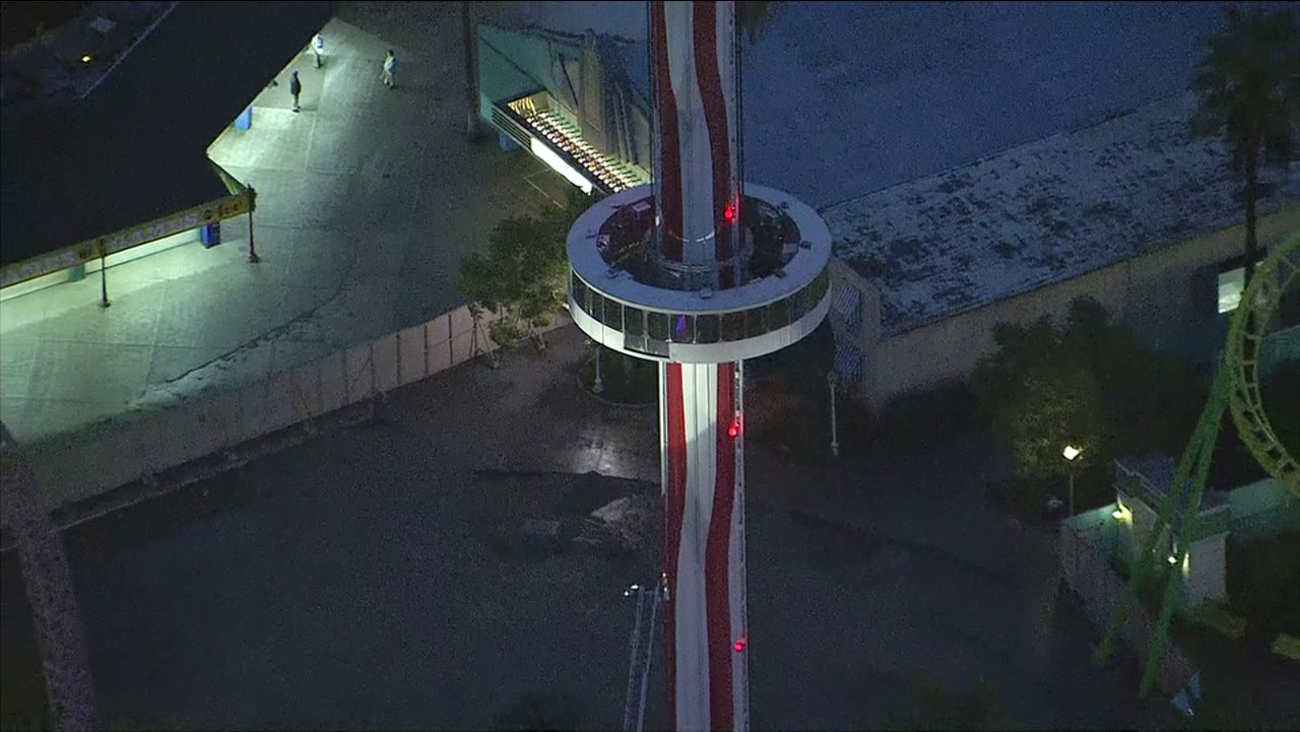 Firefighters attempted to reach trapped riders on a Knott's Berry Farm ride with a ladder after the ride stopped 130 feet in the air on Friday, Dec. 30, 2016. (KABC)

The Sky Cabin became stuck with 20 people, including seven children, onboard, according to the Orange County Fire Authority. Knott's Berry Farm stated the ride stopped at about 2 p.m.

Knott's Berry Farm said it made several attempts to lower the attraction before eventually calling fire officials. Fire crews said they were called to the scene just before 5 p.m.

Firefighters attempted to reach the stranded passengers by ladder, but the ladder was too short to reach the cabin.

OCFD said it attempted to use a gravitational system to slowly lower the ride, but that proved unsuccessful.

Fire crews opted to use a rope system and will lower each passenger one-by-one.

"We have firefighters in the cab with the occupants. No one is in any medical distress. So we're going to affix a harness onto each one of them and one at a time we're going to lower them down to the ground," Orange County Fire Authority Capt. Larry Kurtz told Eyewitness News.


"It sounds scary, but these guys, they train for this all the time," Kurtz said. "We have very, very strong ropes that have 9,000 pounds of breaking strength on them."

As rescue efforts began, the fire authority was asked by Knott's Berry Farm's public relations team to stop giving information to the public.

All 20 passengers and one ride operator were brought to the ground safely shortly before 10 p.m., according to Knott's Berry Farm representatives.

"Each of Knott's rides is inspected, check-listed and properly maintained daily. Sky Cabin will remain closed until the park's investigation into the cause of the incident is completed," it said.