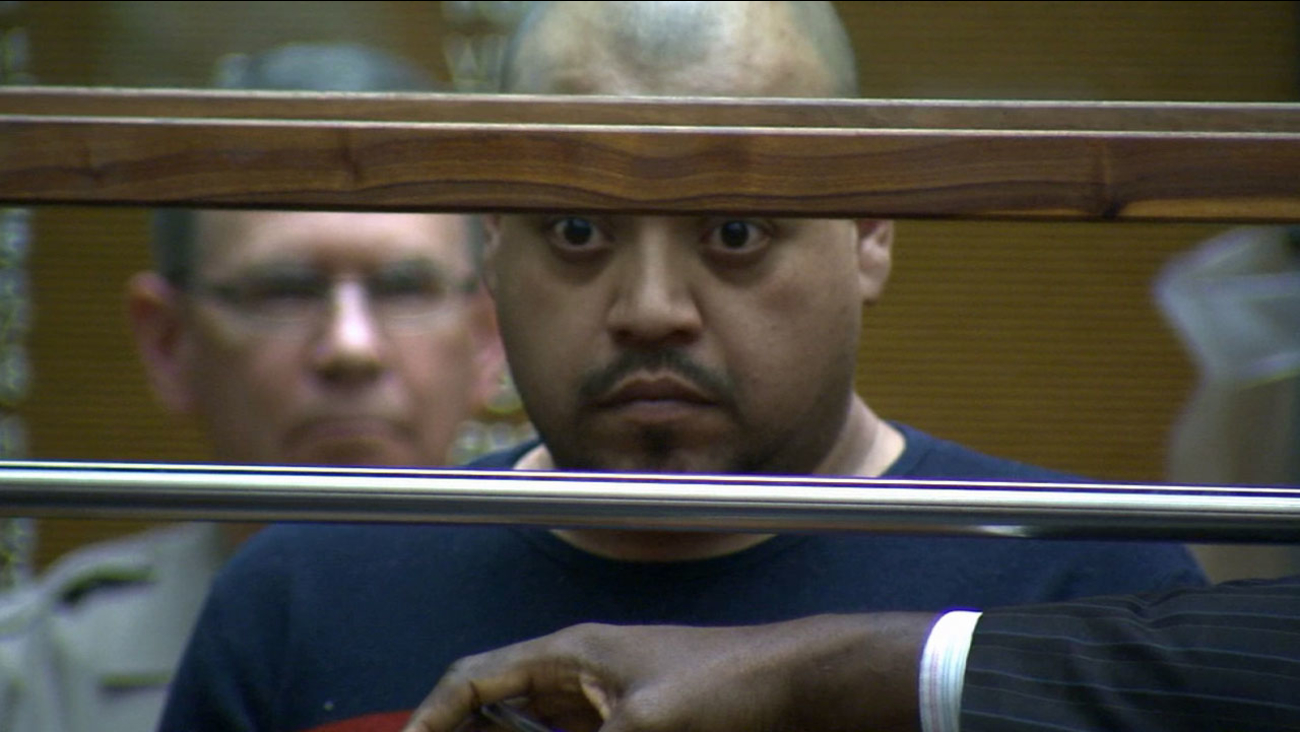 LOS ANGELES -- A Los Angeles Unified School District teacher is accused of placing a plastic bag over a 10-year-old girl's head in class.

Thelmo Garcia, 37, pleaded not guilty to one count of child abuse in a downtown Los Angeles courtroom Friday.

The charge against him came as a shock to his students.

"He would play around but he would never want to hurt us," one student said.

On Feb. 5 during class, Garcia allegedly placed a plastic bag over a girl's head, according to the Los Angeles County District Attorney's Office. He removed the bag after several seconds.

"When I heard the story the girl said that he put the bag and then it went all the way," Cobian said.

The former fourth grade teacher at Rosewood Elementary School was arrested Wednesday. He was removed from his position last month.

Garcia has been employed with the district since 1999. He became a teacher at Rosewood in 2011.

Parents Eyewitness News spoke with say Garcia is a good teacher and the charges have them confused.

"I can't believe that that he did it especially not in a, you know, angry or with malice or in trying to hurt the kid in anyway," said parent Ty Jackson. "He is a very playful, fun type of person."

Garcia is being held on $100,000 bail. If convicted, he faces up to six years in state prison.