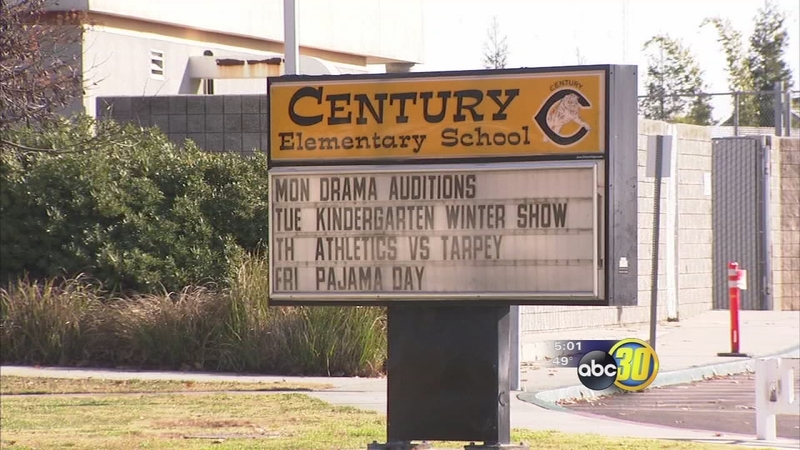 FRESNO, Calif. (KFSN) -- Here in the Central Valley, local school districts are checking their security measures after the threat in Los Angeles.

Administrators were concerned upon hearing about the Los Angeles threat and used it as a way to double check their own security systems. Dealing with these kinds of potential threats is now just a common occurrence for school districts.

An email threat that appeared to target two of the nation's largest school districts-- Los Angeles and New York City-- hit here at home as local school administrators checked to make sure their districts weren't affected. Kelly Avants, Clovis Unified School District, "Our staff-- we immediately go into proactive mode where we're consulting with local law enforcement, consulting with our leadership team, our safety experts to do a threat assessment."

Officials in Clovis and at Fresno Unified School Districts ultimately determined there was no threat to either district. Still, the Southern California hoax prompted administrators here to check with their staff members on what to do in case an emergency like it happened. Avants said, "We used opportunities like this to remind our site principals and leaders our department heads of the protocols and safety procedures that are already in place."

Within the last 15 years, Avants says Clovis Unified has made great strides in perfecting a well-thought-out emergency plan in case the district ever had to deal with an active shooter or terrorist threat. Unfortunately, this is just something schools now have to prepare for. Avants said, "We know that the steps we've taken have positioned us even so much better than we were even ten years ago to step in and intervene and protect our kids and make the right choices."

Whether the right thing to do is send an entire district of more than 600,000 students home like Los Angeles Unified did or keep them at school like officials decided in New York City-- Fresno State Kremen School of Education Dean Paul Beary believes those in New York made the right decision. He said panicking and reacting dramatically will only spur more copycat hoaxes.
Dr. Paul Beary said, "When we reinforce people that do terrorist acts that do bomb threats we just cause them to occur more often."