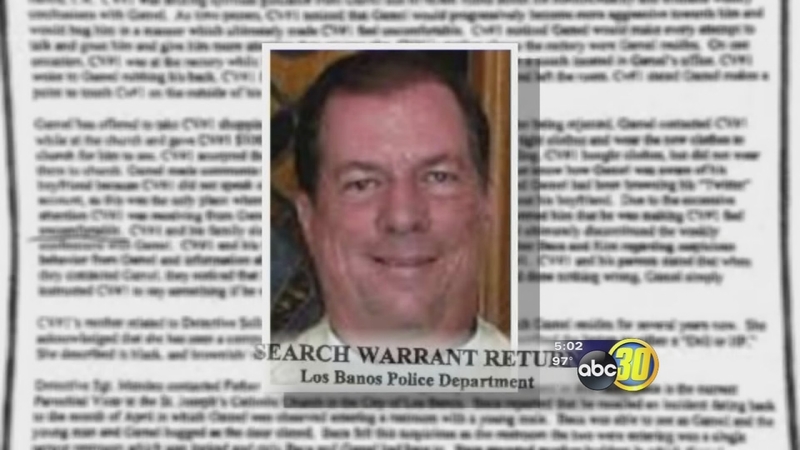 FRESNO, Calif. (KFSN) -- New details are emerging in the case against a priest in Los Banos who's accused of internet sex crimes.

Reverend Robert Gamel is on administrative leave -- the Roman Catholic Diocese says he's not working in ministry, and he's not around children.

While Gamel has not been arrested or charged, a search warrant obtained by Action News sheds light on the events leading up to the investigation.

The teenage victim says he was seeking spiritual guidance from "Father Bob" and says the reverend made him uncomfortable. Detectives say the priest sought out and downloaded a nude photo of the teen.

The investigation is taking a while because they had to bring in what's called a "Special Master."

ABC30 Legal Analyst Tony Capozzi explained, "For example here is a priest and a penitent, a worshiper - if someone goes to confession, tells a priest certain things that are private and cannot be made public what happens here is a Special Master is brought in to prevent law enforcement from looking at everything."

The diocese has sent letters to eight parishes where Gamel was assigned to notify parishioners of the complaint and allegations.

We're told Gamel is in an undisclosed location while he is cooperating with the investigation.