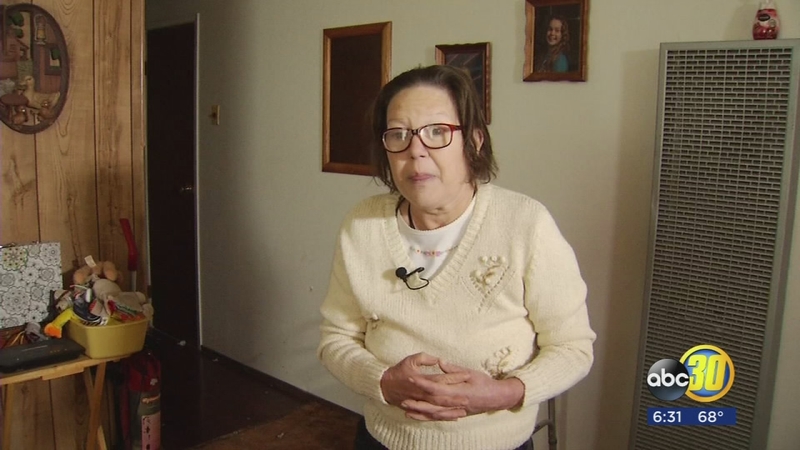 MADERA COUNTY (KFSN) -- While trying to recover from one tragedy, a Madera County woman says she was betrayed by her caretaker who she says stole thousands of dollars in jewelry from her.

"When I opened up my jewelry box, it was gone," Raymond resident Sandra Rohrig said.

Rohrig says it breaks her heart to see her jewelry box so empty.

"All of this had necklaces hanging down," she said. "There was no more room to put anything else in it."

The wooden chest used to hold her most meaningful treasures - her wedding ring from a previous marriage and jewelry belonging to her late mother and grandmother.

"The ring just always reminds me of almost 30 years of marriage and she's taken a very big part of my life," she said.

Rohrig says she had a quadruple bypass last November which then led to kidney failure. Because of her declining health, doctors told her she'd need a caretaker before she could leave the hospital.

But Rohrig says the woman she knew for almost 30 years ended up robbing her of some of her greatest memories - taking nearly $2,500 worth of jewelry.

She says she began to notice a few things missing, like a lamp and some trinket boxes, until she decided to check her jewelry box about a week ago.

The two pieces now missing that mean most to her she describes as a jade ring set in an antique gold setting, and her wedding ring - a solitary diamond on a simple band.

"It's hard to keep on knowing that somebody can do this," she said.