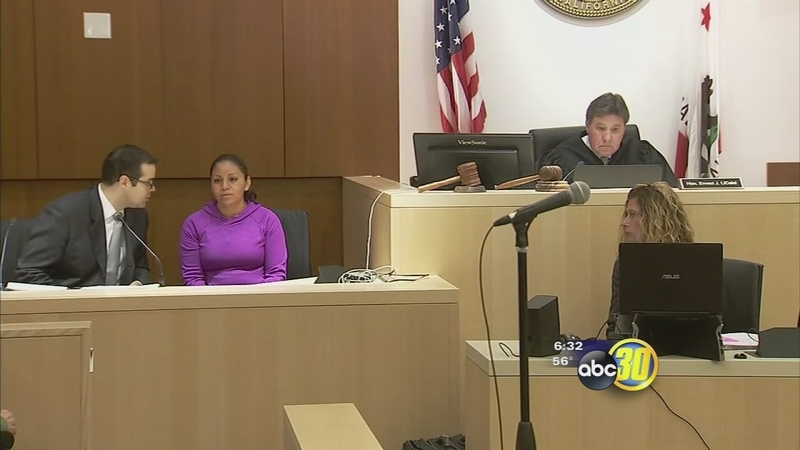 MADERA, Calif. (KFSN) -- Natividad Reyes is facing child abuse charges after she was accused of violently shaking Christopher Rios when he was about four-months-old.

Rios' mother, Rosalia Gonzalez was the first to take the stand.

"He was born healthy, he had no problems."

Gonzalez claims that Monday in July 2012, she dropped her son off with Reyes before she went to work in Bakersfield. She said when she went to pick up her son that afternoon he was not acting normal.

"His neck hurt-- as soon as I picked him up he started crying and wouldn't calm down."

Gonzalez said she took her son to Madera Hospital that night, and Valley Children's the next day, and doctors confirmed the child had neck injuries.

The defense also asked Rios' if she remembered telling officers after they asked if she shook the child "no I don't remember , but I don't think so." Her answer this time was similar.

Dr. Aftab Naz, the child's pediatrician, also took the stand saying when he saw Rios in early July. He checked the child's vision, and he did fine but that during his next visit in September after the alleged incident, he said, the child failed.

Dr. Naz said he could not determine the cause because his examination is preliminary and that he referred the boy to an eye specialist.

One specialist who took the stand confirmed the child holds objects close to his face to see. Another testified to Rios' issues with depth perception.

"He does a foot check. If he's uncertain about elevations, he'll slide his foot forward to check," said Steven Wimbish, orientation and mobility specialist.

During the trial, Gonzalez stated she never had problems communicating with Reyes in Spanish.