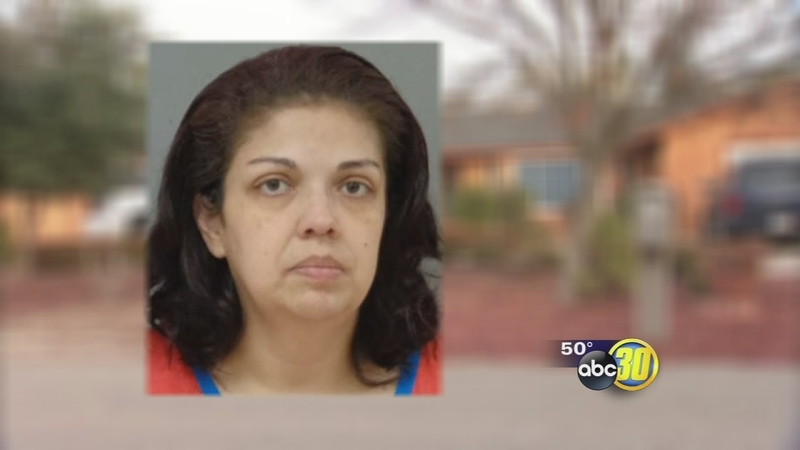 Madera County woman is accused of murdering her child

MADERA RANCHOS, Calif. (KFSN) -- Amy Louise Chavoya, 42, has already been charged and she will be back in court this week.

Chavoya posted a lot of family photos on Instagram-- the happy times mixed with recent sadness over the loss of a young girl. "Mariah in my heart forever," is in the bio and the same name is on the license plate of the family Suburban.

Neighbors said "Mariah" is Chavoya's daughter who died a year ago. The Madera County Sheriff's Office said she was murdered. Doug Clark, who lives nearby, said, "Just very surprised that, that went on in this neighborhood because it's a very quiet neighborhood."

Chavoya was arrested the day before Thanksgiving. On top of murder, she was charged with child abuse, three counts of torture, and one count of dissuading a witness. A neighbor who didn't want to be identified said, "It makes me feel a little nervous now that the truth is really coming out, I thought it was really odd when it did happen, what they were saying happened."

The neighbor said her grandson knew the girl and they walked together to Webster Elementary. She said they were close in age, younger than 12 at the time. The sheriff's office couldn't give us the exact age and investigators declined to talk about the case. A sheriff's lieutenant said a few things need to be squared away before details can be released. The District Attorney put out a short press release and declined to comment as well.

Meanwhile, neighbors are trying to put the pieces together. They are stunned to hear a child they hardly ever saw outside may have been a victim of mental and physical abuse. Soon, a mom will be on trial and she's being held without bail.