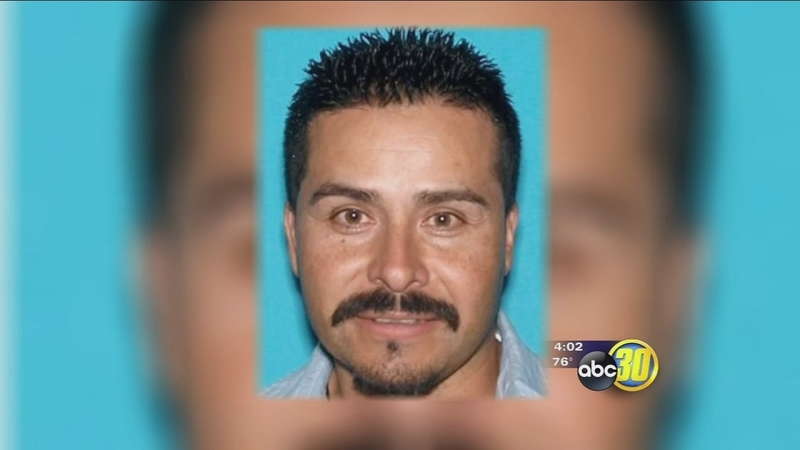 AVENAL, California (KFSN) -- The search is on for a southern California man, accused of killing the mother of his child and another man in Avenal Monday morning.

There was one survivor and police said a young boy witnessed the crime. He helped police identify the suspect as his father, 43-year-old Francisco Contreras. The suspect also goes by Frank. Contreras is not in custody and is considered armed and dangerous.

As detectives contained the crime scene, neighbors in the small town stood shocked by the knowledge that two of their neighbors had been murdered just hours before.

Pulley said she knew the victims, who have not yet been identified by authorities. She said they had only been living in the south end of the duplex for a few weeks.

"Overall, been a heartbreaking day for not only myself, my street, the community," she said. "This is going to weigh heavy on us."

Early Monday morning, Avenal Police Chief Russell Stivers said officers found a dead man on the front porch of the home, a dead woman in the living room and a young boy also inside the home but unharmed. They all lived together.

"Unfortunately, he witnessed the entire incident," Stivers explained. "And no kid should have to see that."

The boy was the son of the female victim, and police said he helped them identify a suspect in the case, Contreras of Sun Valley. Stivers said it's too early to tell what the motive was but that's something they're working to find out.

"Luckily we have him identified at this point, early on, and working with our colleagues," Stivers said. "Obviously our goal is to bring him into custody very quickly."

County CPS workers will now work to place the child in proper care. This is the city's third homicide of 2016.