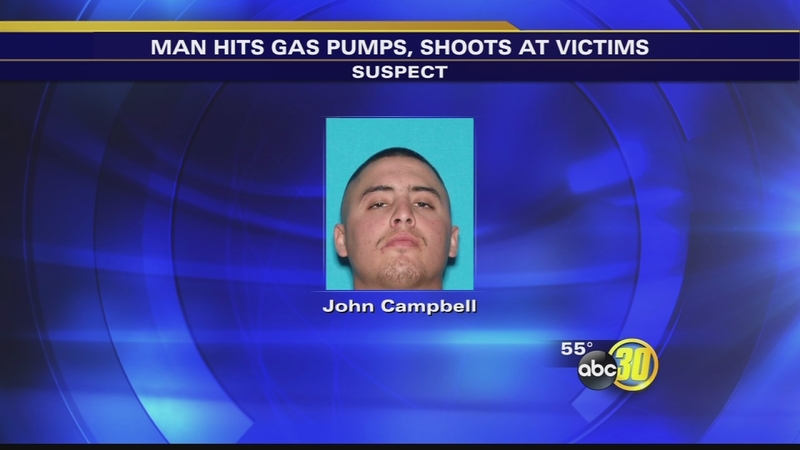 FRESNO, Calif. (KFSN) -- A man was arrested after being involved in a domestic dispute and then chasing after a good Samaritan who tried to intervene.

Fresno police say John Campbell, 25, was involved in an incident on Fresno and McKinley avenues when a passerby tried to get involved. The two argued and then Campbell started chasing after the passerby in his truck.

The person who intervened tried to pull into a gas station at Fresno and Clinton avenues to evade Campbell, but he continued after him.

"The suspect continued to follow them, jumped the curb, ran through and over a gas pump that you can see is missing across the street at the Shell," said Sgt. Steve Jaquez of the Fresno Police Department.

The suspect then started shooting from the gas station into the street -- hitting at least two vehicles. One bullet barely missed a 2-year-old child in a car seat. No one was injured, and no gas leaked from the crash. Police say one gas pump was destroyed and another was damaged.

Officers located Campbell at a nearby apartment and arrested him. He was booked into jail on attempted murder charges.