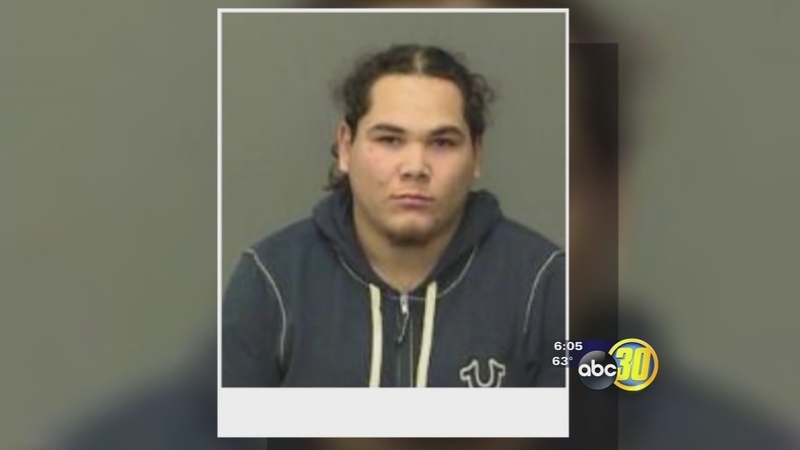 MERCED, Calif. (KFSN) -- Two people are facing human trafficking charges Friday after a Merced Police investigation concluded. Police said one of the suspects was supervising the prostitution of a 17-year-old at a Merced motel.

Local agencies, however, said human trafficking in the Central Valley is more common than people may think. The 25-year-old man is facing human trafficking charges after allegedly pimping out the teen girl back in July.

During the Merced Police Department investigation, the department's DART team arrested Eduardo Osuna on Wednesday in Fresno and he was brought to the Merced County Jail.

In a Facebook post, police state they were watching a Motel 6 parking lot months ago when they noticed two alleged prostitutes get into a car. Police said the officer made contact with the car after he noticed one of the women looked young and recognized her from online postings for prostitution.

Through questioning, it was later revealed the girl was 17 years old while the other woman was 25-year-old Breanna Ramirez, who police said was handling and supervising the activity on Osuna's behalf.

Ramirez was arrested back in July when the incident happened for human trafficking and pimping and pandering. The 17-year-old was taken back to her family.

Chee Yang with the Valley Crisis Center said it's an example of what the agency has been seeing more of in the North Valley.

"When the community thinks about human trafficking, they think of it as a third-world issue," Yang said. "And they don't think it happens in our own back yard, but it does."

They said, since July, they've helped 20 human trafficking survivors in Merced County alone. Yang said a lot of it has to do with location.

"For Merced County itself, we are in the heart of two major entities - Highway 99 and Interstate 5," Yang explained. "I-5 going towards the Bay Area where we know there's a lot of human trafficking there and going south to LA, that's where we're seeing a lot of our individuals being trafficked."

In the meantime, Yang asks people to be aware of their surroundings and has a message for victims.

"There is help, and you're not alone," Yang said.