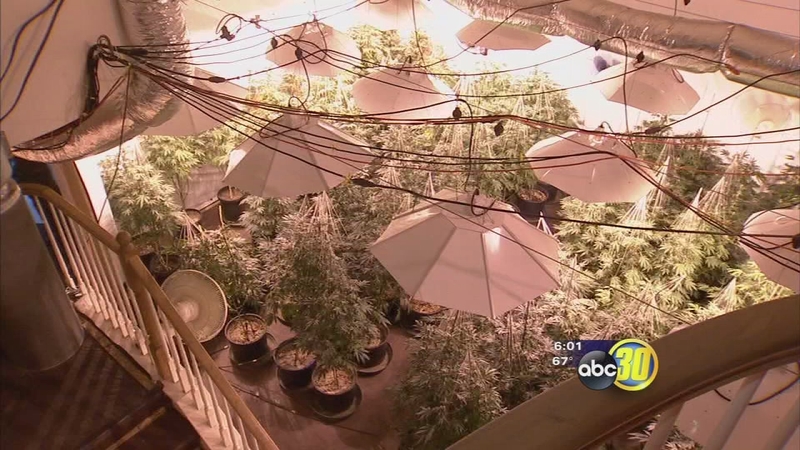 "There's been different kinds of construction inside the house where the kitchen, for instance, has been walled off to maximize the growth space for the plants. They're about 12 inches tall to 5 feet tall," said Fresno County Sheriff Margaret Mims.

Authorities are looking at a major elaborate marijuana grow. Just about every couple of feet you walk you would bump into a marijuana plant from upstairs to downstairs.

Between the charcoal filtration system and sophisticated electrical set up no expense was spared putting the illegal operation together inside the 3,500 square foot home.

"It's very lucrative to grow marijuana. If you get outside of California it'll be $4,000 a pound. So at a pound a plant, and it's probably going to be more, you can see how lucrative it is," said Mims.

Authorities arrived Tuesday morning with a search warrant. They had been investigating the home for electricity theft, Nava Rodriguez had by-passed the meter box-- a typical practice with illegal grows.

"Very elaborate lighting system, very elaborate electrical system, the lights are in fact on pulleys so they can simulate sunrise and sunset," said Mims.

Nava Rodriguez was renting the house and sleeping in a hammock.

We are still waiting to hear from authorities if the owner of the home knew about the illegal grow and the charges he may face.