Man dies after crashing into tree in Clovis 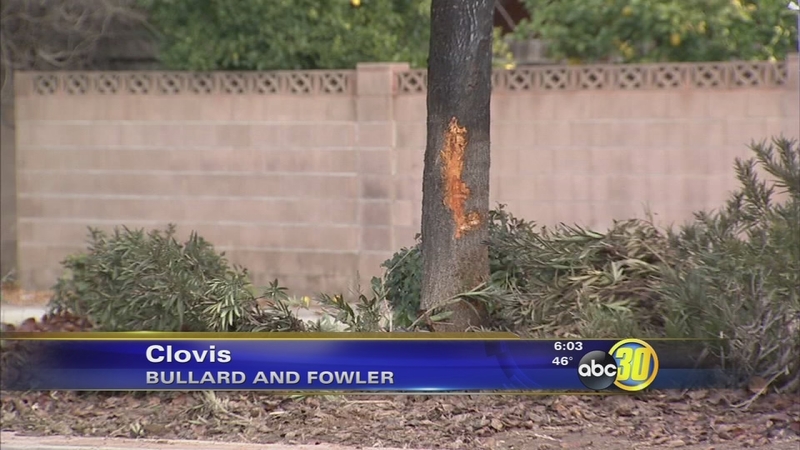 Man dies after crashing into tree in Clovis

FRESNO, Calif. -- Police are still investigating the cause of a deadly crash in Clovis Friday night.

The crash happened near Bullard and Fowler Avenues around 11:30 p.m. Police say, for whatever reason, the driver swerved off the road and slammed into a tree before catching fire.

The driver died on scene and his identity has yet to be revealed.

Investigators are now trying to speak with residents who may have witnessed the accident. Officers are now awaiting a toxicology report to determine whether drugs and alcohol were involved.
Related topics:
cloviscloviscrash
CLOVIS
Clovis police arrest man for deadly hit-and-run
Man hit, killed by car while crossing Clovis street
BIG Hat Days is back in Clovis!
Clovis Big Hat Days to return this weekend
TOP STORIES
Merced teacher back home after battle with COVID-19
Looking back at the ups and downs of COVID in Central CA
24-year-old man shot in southwest Fresno, police say
What changes throughout Central California as state reopens
CA has reopened, but not everyone can go maskless
Suspect involved in standoff in Kings County identified
19-year-old arrested on arson charges for NW Fresno fires
Show More
What to expect from CA's reopening today
Newsom picks 10 winners of $15M to celebrate reopening
1 killed in shooting on Hwy 99 near Merced
Valley doctors discuss California's reopening
Valley travel industry shows signs of rebound as CA reopens
More TOP STORIES News