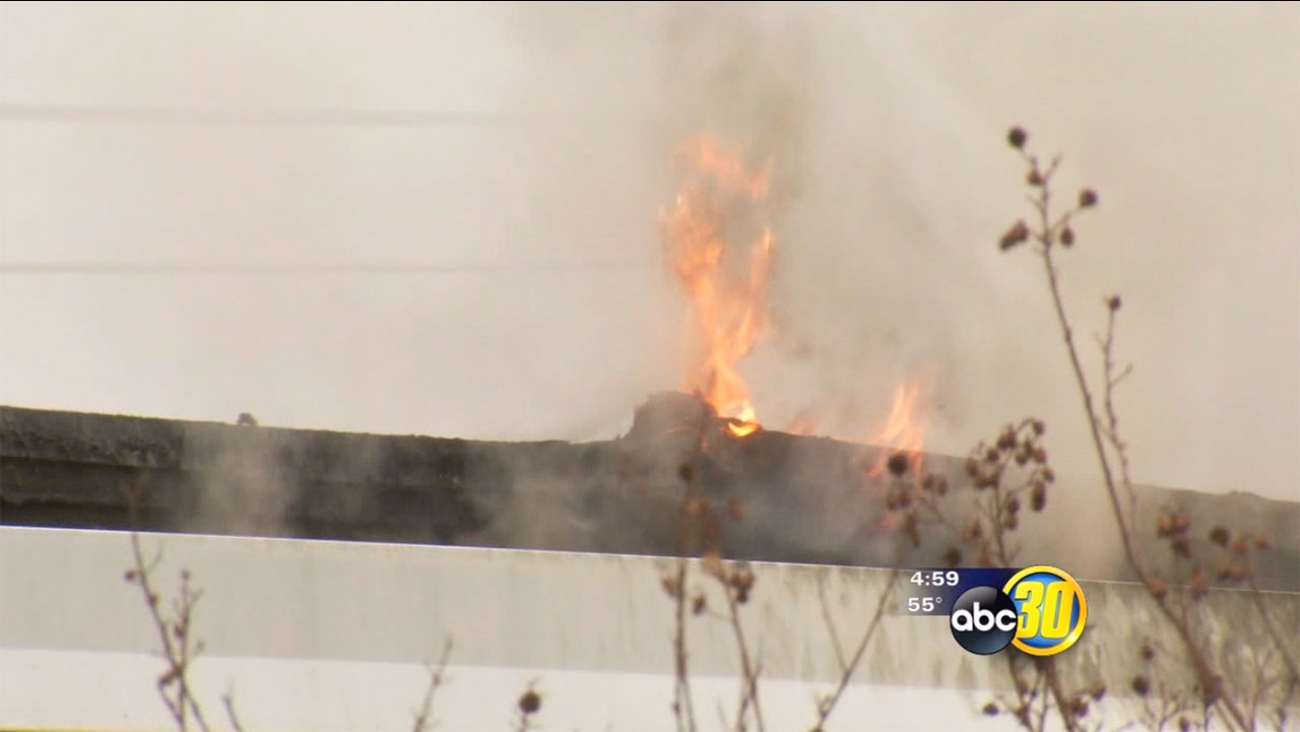 FRESNO, Calif. (KFSN) -- A man died Monday afternoon after he was trapped in his burning mobile home.

The 65-year-old father of three tried to put the fire out, but wasn't able to escape as firefighters attempted a rescue. The fire started in a bedroom in the back of the home while there were four people inside.

Three of the family got out safely. Firefighters showed up moments later to rescue the dad, however by the time rescuers got to the man, he was unconscious. Paramedics tried to revive him, however he was pronounced dead at the hospital.

Two pets were also injured, a dog and cat. Both suffered burns and were picked up by animal control. A preliminary investigation revealed there may have been an electrical problem within the home.

The fire moved from the bedroom and ripped through the home and investigators said the smoke detectors were disabled. "According to the family, they did have smoke detectors, but they had been pulled down to put in new batteries," Pete Martinez with the Fresno Fire Department said. "They never did or put it back up, which is unfortunate, and, two, anytime anyone has a fire in their house we obviously recommend get out and call 911 from a neighbors home."